CHICAGO -- Hurricane Florence is already affecting supply at gas stations in the Carolinas and Virginia ahead of its landfall Friday night.

As of the morning of Sept. 13, nearly 30% of gas stations in Raleigh-Durham and more than 50% of stations in Wilmington, N.C., were out of fuel, according to GasBuddy’s fuel availability tracker, a crowdsourced feature on its fuel price app. In South Carolina, Charleston was seeing the highest percentage of reported outages at nearly 25% of gas stations, while in Virginia, the Norfolk-Portsmouth-Newport News region was tops at more than 11% of sites.

To free up fuel supply, the governors of several states in the storm's path declared states of emergency. North Carolina Gov. Roy Cooper declared a state of emergency Sept. 7, waiving gasoline truck tank and vapor system requirements for the next 30 days. Cooper also issued an executive order suspending maximum hours of service for drivers that transport fuel, supplies and equipment for restoring utility and transportation.

And on Sept. 11, the U.S. Environmental Protection Agency (EPA) approved emergency requests from North Carolina and South Carolina to waive federal Reid vapor pressure (RVP) requirements for fuel sold in designated areas in those states. The waiver will extend through Sept. 15, 2018, which marks the end of the summer fuel season for these areas. The EPA also waived a prohibition on the blending of reformulated gasoline blendstock for oxygenated blending with other gasoline blendstock or oxygenate, effective through Oct. 1.

Despite the size and magnitude of the storm—Hurricane Florence is currently a Category 4 storm with winds of 130 miles per hour—its effect on fuel supply should not be as dramatic and broad as last year’s Hurricanes Harvey and Irma, according to Patrick DeHaan, head of petroleum analysis for Boston-based GasBuddy.

“I don’t think it will rise close to what we saw during Hurricanes Harvey and Irma—no refineries have been impacted prior to this event,” DeHaan told CSP Daily News. “But keep in mind the kink in the system this time around could be the Colonial pipeline, should there be some flooding or power loss for their booster stations for the pipeline.” 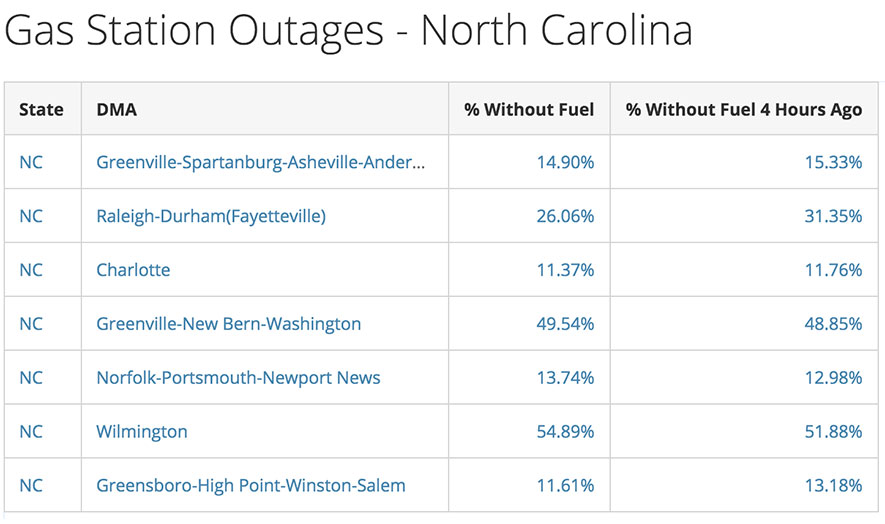 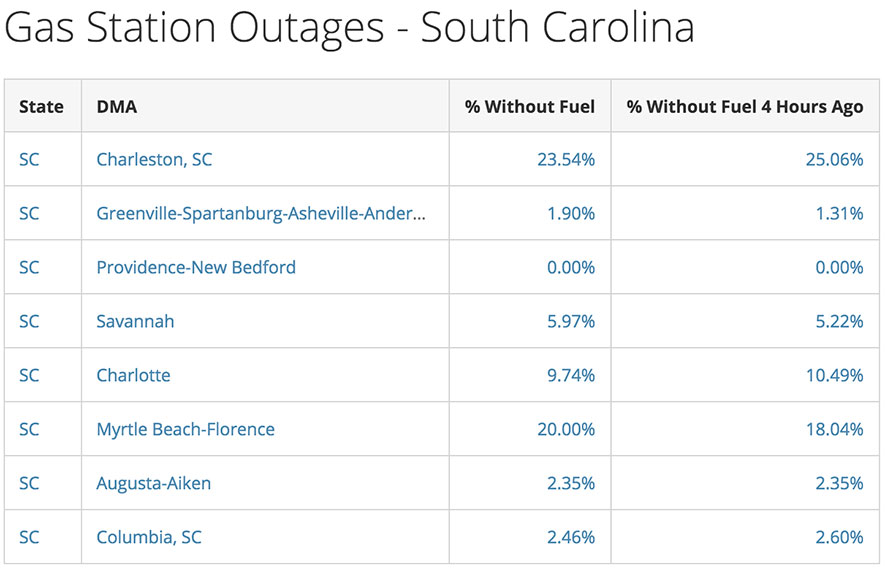 Hurricane Harvey disrupted 30% of the United States’ refining capacity, and Florida suffered widespread outages after Harvey and Irma because of the storms’ close timing and unique supply dynamics for the state, DeHaan said. Only one refinery—a facility in Savannah, Ga., that mainly produces asphalt—would be threatened by Florence. “Even if Colonial does shut down, there’s plenty of gasoline to go up the pipeline when it does reopen,” he said.

This leads DeHaan to disagree with other forecasts from groups such as AAA about potential dramatic spikes in gas prices on the East Coast.

One element in favor of this limited-impact scenario is the long lead time that residents of the Carolinas and Virginia have gotten ahead of Florence. “Instead of the choke point being gas stations, this is allowing people to spread out their fill-ups over three days instead of everyone in North Carolina filling up on one day and overwhelming the system,” DeHaan said.