Convenience stores are in a ripe position to reap major profits from a growing group of food consumers. And we’re not talking about millennials. 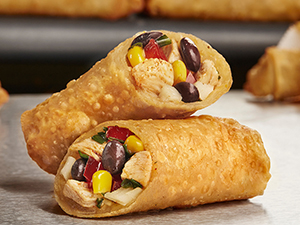 Generation Z is the next major demographic poised to become the foodservice industry’s newest focus. Broadly defined by the U.S. Census as people born between 1993 and 2010 (7- to 24-year-olds), nearly three-quarters (74%) of this group say they visit a c-store once a week or more, according to research from Technomic published in CSP’s 2016 Foodservice Handbook.

When they shop at c-stores, Gen Zers prefer retail packaged foods over fresh foodservice items. Technomic has reported that 72% purchase retail foods at least once a month at c-stores, compared to 50% for foodservice food items.

What is Gen Z buying?

When it comes to what they’re buying, 23% of foodservice purchases by Gen Zers are from the bakery case, followed by 23% at the made-to-order food counter and 20% at the roller grill, according to Technomic research published in CSP’s 2016 Foodservice Handbook. This indicates c-stores have the opportunity to grow the variety of items they serve from one of the most traditional and reliable pieces of equipment in stores.

Food variety and overall value also matter: beyond lower prices (53%), 35% of Gen Zers say better overall value and a greater variety of food and beverage would encourage them to visit c-stores more often, ahead of cleanliness, health options, convenient locations and loyalty programs.

Here are other ways c-stores can satisfy this growing consumer base:

Step up the snacks

Snacks aren’t replacing breakfast, lunch or dinner, but rather have become add-on eating occasions. Technomic’s 2016 Snacking Occasion Consumer Trend Report, powered by Ignite, finds that out of all consumers, 53% snack in between three daily meals, and 79% of consumers say they snack in the afternoon the most.

When it comes to snacks, bigger isn’t necessarily better: Fifty-nine percent of consumers say it’s very important that snacks are not too large, while 49% say it’s important they are not too small. Among 18- to 34-year olds (which includes older Gen Zers and millennials), 60% choose packaged items over prepared items as snacks. Selling items in grab-and-go packs of two, therefore, plays to this snacking preference.

And as snack options proliferate, consumers (especially Gen Zers) seek more novelty, Technomic reports in CSP’s 2016 Foodservice Handbook. They’re looking for items such as baos, pierogi, rice balls and other “elevated ethnic bites.” Sampler snacks that let customers combine different items into one would be a hit among younger consumers because of their preference to mix and match.

With some Gen Zers as young as 7 years old, it pays to look at what their parents are buying when they’re in tow. According to Technomic’s 2016 Snacking Consumer Trend Report, 39% of consumers say they do or would order different snacks for children than they would themselves. Stocking smaller portions as well as a variety of healthful options could help appeal to children and their parents.

When looking at some of the top choices by Gen Z—pizza, doughnuts, breakfast sandwiches, hot dogs and bagels—they have all one thing in common: portability.

C-stores can take advantage of this by introducing more portable snacks and meals, such as sandwiches or small bites like hot dogs and Crispy Stix savory handheld snacks. This promotes easy takeout and pique interest and loyalty among this group. Combo deals also appeal to the value-minded, food-as-fuel sensibilities shared by functional eating Gen Zers, according to Technomic.

Retailers that bundle snack food items with drinks could see an even greater uptick in sales, given that 71% of Gen Zers purchase fountain soft drinks when they visit c-stores.

Have fun with flavors

Sriracha alone saw a 72% uptick in menu mentions at c-stores over the past year, according to Technomic data in CSP’s 2016 Foodservice Handbook, and now, operators across all segments are investigating what will be the next hot condiment, whether it’s peri-peri, sambal, Korean gochujang, harissa or others.

Consumers are more willing than ever to try bolder, ethnic flavors in the form of sauces, condiments and dips. Gen Zers in particular are more likely do so, with 67% saying they like trying new flavors from time to time, according to Technomic.

Some c-stores have already started experimenting with more ethnic flavors by offering foods that feature different flavors, such as Korean BBQ pork and Chinese-inspired orange chicken with a range of dipping sauces including peanut, Asian barbecue and even Asian-style guacamole with sesame oil, edamame and green onions. “Mashups” in the form of familiar flavors such as cheeseburger and taco, packed into portable, handheld items, are also a win for Gen Zers.

While millennials remain an important focus when it comes to product selection and display, c-stores who consider the growing Gen Z group stand to earn more profits and a new set of loyal customers.