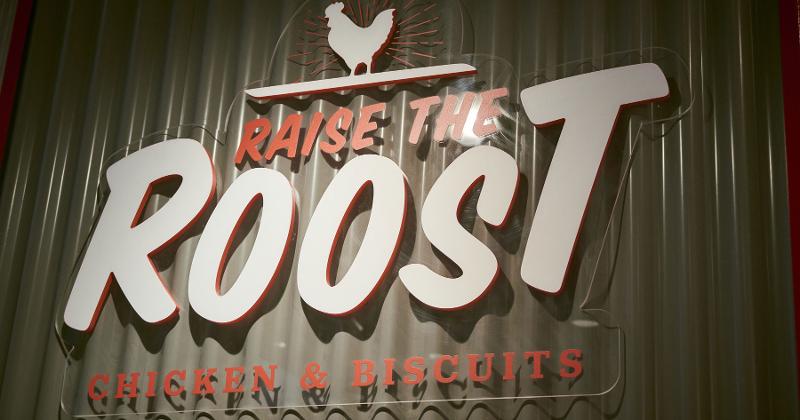 IRVING, Texas — 7-Eleven has opened a Raise the Roost Chicken & Biscuits restaurant inside its Evolution store in the borough of Manhattan in New York.

The QSR offers mobile checkout, which lets customers can skip the register and pay for their purchases through the 7-Eleven mobile app via their 7Rewards loyalty membership. Customers can also order from the restaurant via the 7Now delivery app.

"On the go customers are looking for high-quality, differentiated food options, and 7-Eleven continues to explore new concepts that meet that demand," said Joe DePinto, president and CEO of 7-Eleven. "Raise the Roost offers craveable food and generous portions at prices below what you'll find at most fried chicken establishments."

7-Eleven launched its Evolution concept in March 2019 in Dallas and has since opened locations in New York, Washington, D.C., and San Diego. The stores serve as a launch pad for new ideas for the company and are customized with design elements and product assortments to reflect their respective markets. The Evolution stores are the first 7-Eleven locations to integrate restaurant concepts.

"Today's customers expect even more than they did just a year ago when 7-Eleven opened its first Evolution store in Dallas," said Chris Tanco, executive vice president and COO of 7-Eleven. "Consumer feedback—from that original store and the neighborhoods these new stores will serve—helped our store development team refine and design this next generation of the 7-Eleven shopping experience. We have raised the bar for convenience and invite everyone to come experience it for themselves."

Irving, Texas-based 7-Eleven operates, franchises or licenses more than 66,000 stores in 17 countries, including more than 9,300 in the United States. The retailer is No. 1 on the Top 40 update to CSP’s 2019 Top 202 ranking of U.S. c-store chains by number of retail outlets.