Customization is important to more than a third of customers, according to a December 2016 report from market research company Mintel. 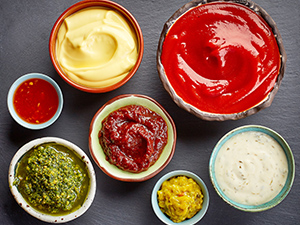 This burgeoning interest in customization allows consumers to create a meal that suits them, and is being powered by restaurants, which are increasingly letting customers order any which way.

A report last year from Packaged Facts, “Millennial Menus: Culinary Trend Tracking Series,” pointed out that customization is one of the top five food trends driven by millennials.

“Today's consumers in general and millennials in particular want food items that are fresh, creative and made just for them,” the Rockville, Md.-based company reported.

“The ability to customize a food item really ramps up the value perception because when people can customize they know they’re going to have a flavor profile they like,” says Hood Crecca.

C-stores can even invite customers to play with the flavor profiles, Hood Crecca suggests, such as mixing and matching chicken coating flavorings with sauces on different visits. “That sense of control is important, especially for younger consumers,” she says.

Giving shoppers the ability to customize cannot only draw them in, but can also increase the frequency of their visits, Hood Crecca says, “as they can combine different flavor profiles on different days.” Customization, she adds, keeps a foodservice program fresh.

It gives consumers the opportunity to explore and be a little adventurous with the ability to control their meal.