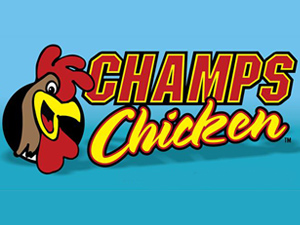 To better accommodate the more than 500 Champs Chicken locations nationwide, PFS announced last October would create 43 new jobs in Missouri over the next three years as part of a Missouri Department of Economic Development incentive package. To date, the company has hired 22 employees, representing a 40% increase in its overall workforce.

"In terms of staff, this has been the highest growth year in our history," Shawn Burcham, CEO for PFS, said. "We always have a great pool of applicants. Being in Holts Summit, we're in a prime location to draw talent from around mid-Missouri. Our name is also better well known now than it was a year ago, so people are knocking on our door, not the other way around."

Since 2008, PFS has more than tripled in staff size, adding personnel to key areas such as IT, accounting and customer service. One of the biggest changes was adding the marketing department, which first launched last year.

"I was really attracted to PFS' core values, the relationship that the senior leadership team has with their staff, and the direction CEO Shawn Burcham is taking the company," Christenson said, who was lured to mid-Missouri from Atlanta. "I'm from the Midwest originally and am drawn to the culture and work ethic here."

Christenson's career journey began at Keebler more than 30 years ago, and he is now back in the foodservice industry.

"I think this company has the potential to go so much further. I appreciate the opportunity to make a difference in helping Champs Chicken reach its goal of opening 5,000 stores," he said.

PFS specializes in hot food products, foodservice equipment and complete deli operations. With more than 520 locations in 29 states. It recently moved to a new distribution center and corporate headquarters in Holts Summit, Mo.

The New Face of Champs Chicken