OAK BROOK, Ill. -- McDonald's Corp. franchisees are rolling out an electronic loyalty program in about 570 U.S. locations as stores seek to attract younger customers, according to a Bloomberg report. 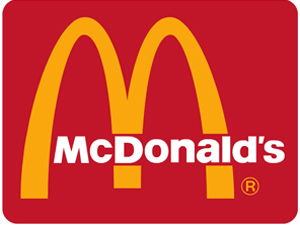 Mobile solutions marketer Front Flip LLC has introduced a loyalty application in about 420 McDonald's stores that rewards customers with free food and other offerings. It is adding another 150 locations in coming weeks, Front Flip founder and CEO Sean Beckner told the news service.

The world's largest restaurant chain has been testing a mobile payment program and introducing new items, such as pumpkin lattes and chicken wings, to lure teens and young adults as business in its home market stumbles. Sales at U.S. restaurants open at least 13 months rose 0.2% in August, trailing the 0.8% gain projected by analysts surveyed by Consensus Metrix.

Lisa McComb, a McDonald's spokesperson, did not respond to Bloomberg's request seeking comment.

Earlier this month, the Oak Brook, Ill.-based fast feeder said it was testing a mobile payment app in Salt Lake City and Austin, Texas. After ordering via a mobile phone, customers can pick up food in stores, curbside or at the drive-thru. The system will also include special promotions, offers and a loyalty program, said the report.

"Younger people are certainly more inclined to use mobile payments and ordering and also probably more inclined to be members of loyalty groups," Sara Senatore, a New York-based analyst at Sanford C. Bernstein & Co., told the news agency. "Young people seem to have less of an issue with giving over personal information."

McDonald's has about 34,700 locations worldwide, including more than 14,100 in the United States.