Until recently, convenience stores could expect their average consumers to be young, male, blue-collar workers. Nicknamed “Bubba” by industry professionals, this consumer would typically come in to buy coffee, cigarettes, soda, beer and hot dogs—with very little variation. These consumers were thought to be motivated by foods that could satisfy hunger that were also easy on the wallet. 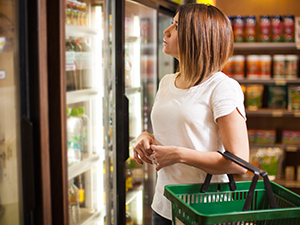 However, that snapshot no longer captures today’s c-store consumers, and if retailers are still only catering to Bubba, they’re greatly handicapping their foodservice business.

Who is Bubba today? He is still young and male with a low income, but he may also be well-educated and tech savvy. He is focused on protein, hearty snacks and craveable foods that can be consumed quickly while on the go. Now dubbed the Functional Eater, he is just one of the seven foodservice groups identified in Technomic’s Eater Archetype consumer segmentation research.

The female counterpart to the Functional Eater is the Balanced Eater—a young woman from middle to upper incomes who buys c-store foods, especially breakfast and beverages, that are healthy and craveable. The five other eater types, according to Technomic, are the Foodservice Hobbyist, the Affluent Socializer, the Bargain Hunter and the Health Enthusiast, each with their own demographic breakdown.

Functional Eaters—the new c-store shoppers—according to Technomic’s research, want familiarity and craveability, while the Balanced Eater desires breakfast and beverages. As a result, c-stores would be wise to meet the evolving demand for nutritional products without alienating core consumers. Take, for instance, The Turken Sandwich offered by a Farm 2 Counter c-store in Springfield, Mo. It combines nitrate-free bacon stuffed inside chicken that is stuffed inside turkey, offering clean-label meat in a hearty meal option that could be consumed for breakfast.

And with more than half of c-store’s $21.3 billion in foodservice revenue in 2017 due to sales of beverages, according to Technomic, c-stores should leverage their drink game in order to drive more overall sales, particularly with the Balanced Eater consumer. To that end, chains such as 7-Eleven and Wawa have launched rare and specialty-grade coffee lines, giving Starbucks a run for its money.

Beyond expanding foodservice options, c-stores can entice today’s consumers by investing in modern store builds categorized by bright lighting, space to browse and clean bathrooms. Such interior features as high, open ceilings; clear lines of sight from the entryway; and inviting colors and materials break the mold from c-stores of yesterday. In Maryland, a recently renovated Dash In features granite double vanities and touch-free controls for faucets and hand dryers in its updated restrooms.

It’s also time for c-stores to consider tech-based perks such as free Wi-Fi, self-ordering kiosks and mobile delivery options. Nearly half of Generation Z consumers and 23% of consumers overall order food for delivery at least once a week, according to Technomic’s 2017 Consumer Direct Study. Sheetz has already introduced delivery services in select markets, and 7-Eleven is trying drone deliveries. Meanwhile Pittsburgh’s GetGo as well as Wawa Inc., Wawa, Pa., and QuikTrip, Tulsa, Okla. are experimenting with using third-party delivery apps such as Uber Eats and GrubHub.

Catering to the new demographics of regular c-store shoppers is key to continued success. Without alienating core customers, retailers need to be mindful of the shifting desires that consumers have when shopping at a convenience store. Offering heartier, craveable foods as well as healthier, premium beverages will help appeal to a broader base overall.