TALLAHASSEE, Fla. -- A provision in a Florida transportation bill would make it easier for gas stations that buy fuel from a refinery to end their contractual relationship after 30 days, reported The Naples News. It is the result of a fight between the owner of nearly 400 Florida gas stations and Marathon Petroleum Co. 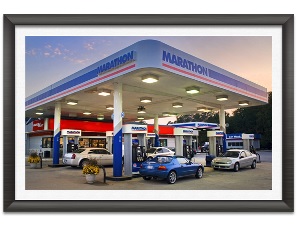 The amendment would only allow a gas station owner to cancel a contract within 30 days if a refiner starts selling gas to a station it owns in the same county, said the report.

Max Alvarez, who is a Republican donor and owner of 397 gas stations in South Florida. He founded Sunshine Gasoline Distributors in 1987. State Senator Miguel Diaz de la Portilla (R), who calls Alvarez a "friend and constituent," filed the amendment.

Alvarez said that Marathon has started selling fuel to gas stations it owns at cheaper prices than stations it has franchise agreements with, including dozens owned by Alvarez.

"I already have a Marathon station setup, which is their station to supply for me," Alvarez said. "So, now they are competing for the same customer I'm trying to bring in for them."

Alvarez said Marathon-owned stations sometime sell gas at 25 cents per gallon lower than independent gas stations. He has so far matched the prices to keep selling the same volume, but said he is losing money.

Marathon is selling directly through company-owned Speedway gas stations. The company did not return requests seeking comment to the newspaper, but the Florida Petroleum Council opposes the amendment. It said the amendment unfairly allows one party to cancel a contract.

"If you are allowed to blow through a contract and in 30 days just cancel it from one side, it could have very profound impacts," Dave Mica, executive director of the Florida Petroleum Council, told the paper. The amendment would impact the "whole spectrum" of those contracts, not just those between Alvarez and Marathon.

He said state and federal law already offers protections from "predatory pricing." The law does not allow a producer to sell gasoline below cost to undercut competition and take over a market.

Alvarez said the same law allows the sale of gasoline below production costs if a company is trying to match a competitor's price. He said he brought his concerns directly to Marathon executives, according to the report, and its attorneys said they were trying to match other stations.

He said he is pushing the amendment not because of the competition, but because he thinks it is an "antitrust issue."