BOSTON -- Massachusetts could follow Oregon in developing a vehicle-miles-traveled alternative method of taxing drivers instead of traditional motor fuel taxes if a bill before the state Transportation Committee becomes law, reported the State House News Service. 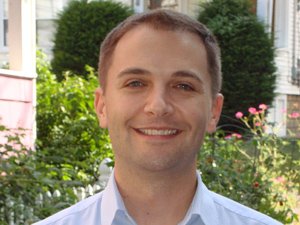 Sponsored by State Representative Carl Sciortino (D) and Tricia Farley-Bouvier (D), the bill (H 3142) would direct the Department of Transportation to launch a one-year pilot program in the Bay State.

U.S. Rep. Michael Capuano (D-Mass) has criticized the method because of concerns that it would provide information to the government about each vehicle's travels.

Transportation Committee Senate chairman Tom McGee told the News Service, "We take an opportunity to take a look at a whole range of things that I think you need to build support so that people feel comfortable with."

McGee said he visited Oregon, which he said conducted a limited pilot program for the new taxation system and is set to expand the pilot.

Rafael Mares, staff attorney at the environmental group Conservation Law Foundation, said the miles could be measured with a variety of privacy settings, and said Oregon uses various zones rather than pinpointing a driver's location: a heavily congested area with public transit, where the tax is greater; areas without public transit access where the miles are cheaper and out-of-state, where the tax is not applied.

"The purpose of this study is to find out exactly that: 'Can it protect people's privacy?'," Mares told the committee. "Can it be a reliable technology and can there be public acceptance?"

"This bill is intended to help address the need for the commonwealth to identify short- and long-term alternatives or supplements to the motor vehicle fuel tax, which is particularly important given the diminishing value of the motor vehicle fuel tax, declining supplies of conventional petroleum-based fuels and increasingly fuel-efficient vehicles," the legislation reads. "The commonwealth is uniquely positioned to become a leader in the advancement of the technology and methods needed to develop and implement alternative ways to raise transportation revenue."

It added, "The department of transportation shall develop, implement and oversee one or more statewide pilot programs to assess owners of motor vehicles a user fee that is based on the number of miles traveled on roads in this state by those motor vehicles. The pilot programs shall include at least 1,000 volunteers across the commonwealth who are representative of drivers of trucks, passenger and commercial vehicles and ... who will have onboard vehicle-mileage-counting equipment added to their vehicles."

The program would "vary pricing based on the time of driving, type of road, proximity to transit, vehicle fuel efficiency, participation in car-sharing or pooling or income of the driver."

It concluded, "No later than two years from the passage of this act, the Department of Transportation shall report to the general court the initial result of the pilot study, including the feasibility of permanently assessing a vehicle mileage user fee, an evaluation of the impacts of such a fee on the economy, the environment and traffic congestion, a comparison to other potential alternatives or supplements to the gas tax and its initial recommendations together with legislation necessary to carry its recommendations into effect."

Mileage Tax Runs Out of Gas