CARY, N.C. -- The Pantry Inc. has forged an agreement with Comdata Corp., a leader in payment innovation, to expand the Comdata Fuel Consortium (CFC) network. Developed by Comdata in 2008, the CFC is a nationwide network of 30,000 retail fuel locations offering an automatic price-per-gallon discount to Comdata MasterCard Corporate Fleet Card customers. 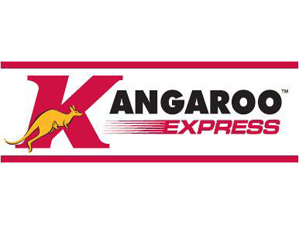 The Pantry is one of the nation's largest convenience store chains and the leading independently operated chain in the southeastern United States. As of Aug. 6, 2013, The Pantry operated 1,559 stores in 13 states under select banners, including its primary operating banner Kangaroo Express. Through the CFC network, The Pantry offers all Comdata MasterCard Corporate Fleet Card customers a discount on gasoline and diesel purchases.

Through the agreement with The Pantry, Comdata has further expanded the CFC network by more than 5,000 locations this year. Comdata was the first to market this discounted network for its MasterCard fuel card customers, symbolizing its commitment to its customers and the industry. The idea for the fuel consortium originated from Comdata's client advisory board, a group of customers from whom Comdata solicits feedback on the company's solutions and industry trends.

"The continued growth of the fuel consortium is another example of Comdata's commitment to the fleet industry as its trusted, independent partner," said Randy Morgan, Comdata executive vice president. "Our fleet customers are able to save money on fuel costs, one of the largest and most variable expenses in the business. Additionally, the CFC allows merchants like The Pantry to drive more business to their locations, with no additional costs other than the discount extended to customers."