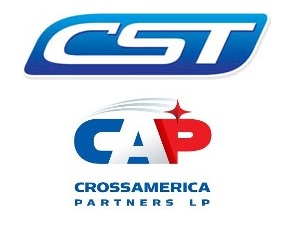 As reported in a 21st Century Smoke/CSP Daily News Flash, CST Brands has agreed to sell to CrossAmerica the real property associated with 29 recently constructed new-to-industry (NTI) convenience stores for an aggregate consideration of approximately $135.5 million.

“This is the second dropdown transaction between CST and CrossAmerica and the first to include our [NTI] stores,” said Kim Lubel, chairman and CEO of CST Brands. “In the nine short months since we acquired the general partner of CrossAmerica, the partnership has executed over one-half billion dollars of acquisitions and dropdowns.”

The NTI stores are larger formatted stores that accommodate broader merchandise categories and food offerings and have more fuel dispensers than CST Brands’ legacy stores. CrossAmerica will lease the acquired real property to CST Brands at a “triple net” lease rate of 7.5% for a 10-year initial term, which will renew automatically at predetermined lease rate increases.

CST Fuel Supply distributed approximately 1.9 billion gallons of fuel in 2014, and the companies expect it to earn a net profit margin of approximately five cents per gallon of wholesale motor fuel distributed.

Meanwhile, CrossAmerica Partners LP has entered into a definitive agreement to acquire the One Stop convenience-store network based in Charleston, W.Va.

The NTI and fuel dropdowns and One Stop acquisition are subject to customary conditions to closing, including financing, and the companies expect them to close in third-quarter 2015.

CST Brands is one of the largest independent retailers of motor fuels and convenience merchandise in North America. Based in San Antonio, it has approximately 1,900 locations throughout the southwestern United States, New York and eastern Canada. In the United States, CST Corner Stores sell fuel and signature products such as Fresh Choices baked and packaged goods, U Force energy and sport drinks, Cibolo Mountain coffee, FC Soda and Flavors2Go fountain drinks. In Canada, CST is the exclusive provider of Ultramar fuel and its Dépanneur du Coin and Corner Stores sell signature Transit Café coffee and pastries. CST also owns the general partner of CrossAmerica Partners.