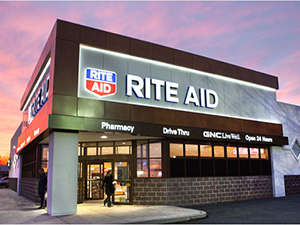 DEERFIELD, Ill. -- In a deal that would unite two of the nation’s three largest drugstore chains, but which could draw antitrust scrutiny, Walgreens Boots Alliance Inc. is in advanced talks to buy Rite Aid Corp., The Wall Street Journal reported.

As reported in a 21st Century/CSP Daily News Flash, people familiar with the matter told the newspaper that they expect the companies to announce a deal on Wednesday.

Walgreens, Deerfield, Ill., has more approximately 8,250 drugstores in all 50 states.

Camp Hill, Pa.-based Rite Aid is one of the nation's leading drugstore chains with nearly 4,600 stores in 31 states and the District of Columbia.

Rite Aid currently has a market value of more than $6 billion, meaning that with a typical premium a takeover deal could value the company at close to $10 billion, said the report.

Given their sizes, the deal would be expected to draw scrutiny from antitrust regulators, and big store and other divestitures could be required to win their blessing, the report said. Both companies have big store counts in states like California, New York and Massachusetts, while in others like Florida, Texas and Illinois, there is no overlap.

Walgreens has been on a merger & acquisition trajectory for several years.

And in late 2010, Walgreens acquired New York City-based Duane Reade, which operates more than 250 drugstores, for $1.075 billion. The chain continues to operate under that brand.

Walgreens, the nation's largest drugstore chain, is the Retail Pharmacy USA Division of Walgreens Boots Alliance Inc. It operates approximately 8,240 drugstores with a presence in all 50 states, the District of Columbia, Puerto Rico and the U.S. Virgin Islands.