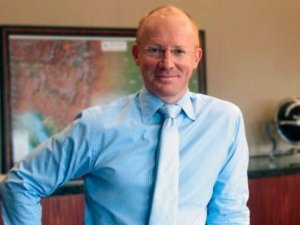 The assets include 663 Stripes and Sac-N-Pac convenience stores operated by Sunoco LP.

“The latest dropdown we announced last month included just under one-third of our legacy Wholesale Fuel Distribution business,” said Welch. “This is entirely qualifying income. Merchandise sales more than tripled and fuel volume sold grew by 35% as compared with last year's first quarter. This is in large part due to the Susser acquisition at the end of August along with the Aloha and Tigermarket [MACS] acquisitions.”

He added, “We also delivered strong growth in same-store merchandise sales in all markets except for the impact of tobacco in Virginia markets where demand is most affected by tax regulation.”

Houston-based Sunoco LP is majority owned and managed by ETP, which also owns Sunoco Inc. and Stripes LLC. ETP has indicated it plans to bring Sunoco Inc. and Stripes LLC together under Sunoco LP through a series of asset dropdowns—or sale of assets from parent company to subsidiary—from ETP to Sunoco LP. The first dropdown included distribution business to Aloha Petroleum in Hawaii in December 2014 and Mid-Atlantic Convenience Stores (MACS) in Virginia, Maryland, Tennessee and Georgia in October 2014.

Sunoco LLC distributes motor fuels across more than 26 states in the United States to Sunoco Inc. for resale at 440 company-operated Sunoco- and APlus-branded convenience stores and other gas stations; 882 Sunoco-branded dealer locations under long-term fuel supply agreements, other fuel distributors of Sunoco-branded fuel that supply an additional 3,640 third-party retail fuel outlets and approximately 400 other commercial customers under spot or short-term contracts.

ETP owns the general partner, 100% of the incentive distribution rights and approximately 44% of the limited partner interests in Houston-based MLP Sunoco LP (formerly Susser Petroleum Partners LP), a wholesale fuel distributor and convenience-store operator with 155 convenience stores and gas stations in Virginia, Hawaii, Tennessee, Maryland and Georgia. The company conducts business through wholly owned subsidiaries, as well as through its 31.58% interest in Sunoco LLC, in partnership with an affiliate of its parent company, ETP operates a retail and wholesale fuel distribution business through its interest in Sunoco LLC, as well as wholly owned subsidiaries, Sunoco Inc. and Stripes LLC, which operate approximately 1,100 convenience stores and gas stations.