The world of master limited partnerships (MLPs) brought with it a new lexicon. One of the major terms is “drop-down,” something that inherently sounds negative but yet in this new world of buying muscle is the lifeblood of an MLP’s overall growth. 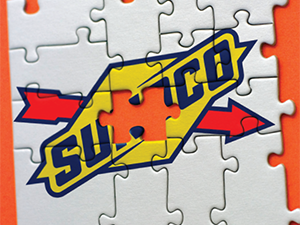 So when the relatively new Sunoco LP—the retail arm of private-equity specialists Energy Transfer Partners (ETP)—talks about quarterly earnings, the story is about more than just performance of the past three months. It’s about a transition into a “dropdown” process that is essentially rebuilding ETP’s massive retail platform under the Sunoco name, and an  undertaking in itself.

Talking recently at the company’s fourth-quarter earnings call, Sunoco CEO Bob Owens elaborated on the process, one that passed through its first phase with the subsidiary’s purchase last fall via parent company ETP of the MACS/Tigermarket block of stores.

What might seem like a simple procedural step is more complex, he said. “Keep in mind, we have two companies involved here,” he said. “They both have boards of directors. We have conflict committees within both boards that will analyze it and we will come up with a fair deal for both sides.”

The fairness Owens alluded to takes into account the unusually high margins that most of the channel saw last fall as crude-oil prices plummeted, triggering a similar response on the street.

Projecting into the current year, he continued, “We expect to further our expansion in 2015 as our parent, ETP, begins to drop down the high-quality assets of Sunoco Inc. and Susser Holdings. We expect to grow not only through asset drop-downs from our parent, but also through organic expansion of the partnership and of the legacy Sunoco and Stripes businesses, as well as through opportunistic acquisitions like Aloha that make sense strategically and financially.”

The company used $406 million of net proceeds from the sale of an additional 9.1 million units issued to the public to pay down the revolver during the quarter. Sullivan said it was the company’s first “follow on” offering since its September 2012 initial public offer (as Susser Petroleum, its original name prior to becoming Sunoco LP). By year-end 2014, the company had $555 million in liquidity available from its $1.25 billion revolver.

“We’re well positioned in our capital structure to execute on our drop-down plans to continue the organic growth within our existing footprints and to continue to look for good strategic acquisitions that will drive long-term shareholder value,” Sullivan said.

The drop-down and acquisition activity showed in its financials, with the company reporting earnings before interest, taxes, depreciation and amortization (EBITDA) of $65.5 million compared to $14.1 million in the fourth quarter of 2013. Distributable cash flow was $51.1 million, with approximately 70% coming from its purchase of Mid-Atlantic Convenience Stores (or MACS, which included the Tigermarket stores) and the separate acquisition of Aloha Petroleum.

“Our gross profit increased by 365% for the quarter, and gallons sold increased by 46% over the same period last year,” Owens said. Total gross profit for the latest quarter was $93.2 million, compared to $20.0 million in the fourth quarter of 2013. Key drivers of the increase were the MACS and Aloha acquisitions, organic growth in gallons sold and favorable fuel margins.

And the influx from MACS and Aloha aside, Owens said Sunoco’s existing locations still delivered a strong 13% growth in gallons for the quarter.

Investors did well, too. The company announced a fourth-quarter distribution of 60 cents per units to its holders. That represented an increase of 24% year over year and 10% for the third quarter, with results also benefiting from strong fuel margins.

“We expect to realize further gallon growth in 2015 as Stripes plans to build an additional 35 to 40 stores,” she said. “Stripes’ Texas markets are among the fastest-growing in the U.S. in terms of population, job creation and economic activity.”

Sullivan called MACS and Aloha “outstanding” assets that laid a “great foundation for our future expansion of the c-store business.”