LOS ANGELES -- It was a complex deal involving more than 100 sites, multiple sellers, several law firms, assets and stock and a bidding war. But that did not stop the sale of United Oil to Fortress Investment Group from closing earlier this month, capping off one family's convenience store career and launching a new West Coast operator. 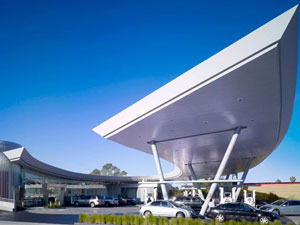 In an interview with CSP Daily News, Roger H. Howard, partner and co-chair of the real-estate department at Glaser Weil Fink Howard Avchen & Shapiro LLP, the Los Angeles-based law firm representing United El Segundo Inc. and Apro LLC dba United Oil, Gardena, Calif., in the transaction, said that it was a nearly two-year process from shopping out the chain to signing the deal.

Apro was 50% owned by United, with the other 50% owned by World Oil Corp., a privately held company that owns and operates gas stations, refineries and other petroleum-related businesses in California.

United Oil chose the law firm partly because of its experience--it oversaw the complex 2012 lease of 270 Thrifty Oil sites by Tesoro--and the fact that it has specialties in several areas that would be crucial to this complex sale--tax, IT, human resources and anti-trust, among others. Glaser Weil Fink Howard Avchen & Shapiro became involved very early in the selling process, guiding the deal through completion.

The former leadership of United Oil--Ron Appel and his son Jeff Appel--were simply ready to move on, Howard said, with Ron looking for a change after a lifetime spent in the industry, and Jeff wanting to focus on real estate.

"They were reluctant sellers," said Howard. "They love the business and have been in it for the past 40, 50 years, so it was difficult for them to sell and say goodbye to a business they really created from scratch. And they created some of the nicest c-stores in Southern California."

Howard refers to United's "signature" sites, which feature a range of architectural styles ranging from cutting-edge modern to Mediterranean, and the chain's high fuel volumes, said to be three times the market average.

Once the Appels decided to sell, they talked to a couple of "very well-known suitors" and were offered a certain price, said Howard. "My advice to the client was you don't whether that's fair market value until you go out into the market," he said. The law firm referred United Oil to an investment banking firm--Macquarie, which it worked with in the Thrifty Oil transaction--to go out to the market and shop the package to 30 to 40 different parties they thought could be interested.

It was not simply that the investment group's bid was the highes--it was also the most clear-cut. "They seemed very knowledgeable in the [c-store] area, it was an all-cash offer and not contingent on financing," said Howard, who declined to share details on the final terms.

That being said, it took "herculean efforts" to bring the deal from its signing in March to its closing on July 1. "It was both partially an asset transaction where we sold outright stations, and part of the transaction was stock, where we sold stock in the company that owned a number of the stations," said Howard. "So you had both going on at the same time, and that creates a lot of tax issues."

In addition, with 130 stations and kiosks, the team had to handle environmental, anti-trust, tax, insurance and HR details, among others. Several law firms were also involved in the deal, which required a great deal of coordination.

Joe Juliano, former group president of West Coast distributor SC Fuels, is now heading up the chain as president and CEO. The rest of the chain's team is staying on to work for the new United Oil.

"People who have gas-station portfolios are seeing what's happening in connection with some of these sales, and the multiples they are getting," he said. Meanwhile, buyers are able to take advantage of low interest rates. "It's an interesting field that has a decent future," he said. "With borrowing rates so low now you can do a lot more with it."