SCOTTSDALE, Ariz. -- Last year was truly a banner year for merger and acquisition activity in the convenience store industry. We witnessed the culmination of major oil company retail asset divestitures, as well as a very aggressive acquisition program by 7-Eleven Inc. 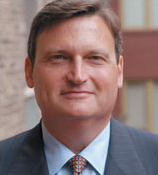 There was also a wave of activity on the master limited partnership (MLP) front, with several major industry players either filing registration statements for initial public offerings (IPOs) or exploring this alternative. Meanwhile, other major industry participants were also growing aggressively through acquisitions or new-store development.

Based on the transactions that were reported in the first quarter of 2013, it appears that the trends and developments we saw in 2012 will continue well into this year, with some changes.

Obviously, since most of the major oil companies have divested their retail asset portfolios, it will become that much more difficult for buyers to find large portfolios of stores to acquire. Similarly, with the proliferation of MLPs and other large companies with access to significant amounts of capital, either through the public capital markets, the private capital markets, or through the ability to obtain debt financing on reasonable terms, there will clearly be more players chasing fewer assets.

Presumably, that will have the effect of driving up purchase price multiples. It will be interesting to track these trends as the year progresses.

Here's a look at where the industry stood as the first quarter of 2013 ended:

Coming on the heels of a number of IPOs in 2012 involving MLPs, several other industry players either commenced the IPO filing process or began an analysis of the merits of using an MLP structure. Western Refining Inc., El Paso, Texas, announced that it authorized its management to explore the formation of an MLP and the filing of a registration statement for an IPO in connection therewith. Western's retail group operates 200 c-stores and gas stations in the Southwest.

Early this year, an "activist investor" in New York-based Hess Corp. urged the Hess board directors to consider ways to maximize shareholder value, including the possibility of divesting certain assets or forming an MLP or REIT. Hess is one of the largest independent gasoline and convenience retailers on the East Coast and has more than 1,350 locations in 18 states, including 290 Hess-branded locations in Florida.

The Hess investor suggested that by divesting or monetizing downstream retail assets, the company could release up to $5.5 billion of capital that could be returned to shareholders, which would create an additional $11 per share of value for shareholders--a 20% impact. Perhaps partially in response to investor pressure, Hess recently announced that it will pursue the sale of its terminal network in the United States and will complete its exit from the refining business. Hess also announced that it was exiting the downstream business, including retail, energy marketing and energy trading.

After a breathtaking series of acquisitions in 2012, Dallas-based 7-Eleven showed no signs of slowing its pace of adding new stores to its system. The company predicted that it expected the number of 7-Eleven stores worldwide to pass the 50,000 mark by the end of the first quarter. In 2012, 7-Eleven added nearly 1,000 new stores in the United States and Canada alone. 7-Eleven announced plans to significantly expand its presence in the New York City area and plans to open at least 30 new stores a year. The company also announced that after two decades, it would again have a presence in the Detroit city limits. By the end of the year, the company plans to have three stores in the downtown business district.

7-Eleven also announced last month that it was leasing 19 stores in the Cleveland area from Lehigh Gas Partners LP, Allentown, Pa. This transaction will add to the other locations in the Cleveland market that it acquired last year from both EZ Energy Ltd. and Handee Marts Inc. The company also announced last month that it has opened 12 stores in northeast Florida after a 20-year hiatus. 7-Eleven has indicated that it plans to have a total of 80 sites in the area by 2015.

Getty Realty Corp., Jericho, N.Y., had a transformational year in 2012 and is continuing its progress in first-quarter 2013. During 2012, Getty Realty entered into 10 new long-term triple-net leases on more than 440 locations with eight tenants, including three NYSE companies.

The company also sold 54 properties in 2012 and an additional 36 properties thus far in 2013, primarily through its engagement of NRC Realty & Capital Advisors. The company is in the process of addressing the repositioning of the final 170 properties in its portfolio, which are operating with tanks in the ground. Getty Realty has also retained NRC to assist in the divestiture of six closed petroleum terminals in New York and New Jersey.

Jump Oil Co. Inc., a petroleum marketing and convenience store company based in Jefferson City, Mo., filed a Chapter 11 bankruptcy petition last month. The debtor is offering to sell its chain of 47 gas stations and convenience stores and one other retail location, the related dealer leases and fuel supply agreements and five unimproved parcels of real estate through the bankruptcy proceeding.

Although the first quarter of each year tends to be slow in terms of merger and acquisition activity, such does not seem to be the case in the first quarter of 2013. Major industry participants appear to be continuing their growth initiatives and are looking to grow organically through new store development in existing and new markets, as well as through strategic acquisitions of portfolios and companies.

Industry consolidation appears to continue to be the theme of the day, with both 7-Eleven and Circle K looking to expand their footprint nationally. In addition, companies like Wawa, Susser Holdings and Kum & Go are continuing to build new stores at a rapid pace.

Again, there appear to be more players chasing fewer assets. It will be interesting to see how the year progresses in terms of acquisition opportunities that may not be on the radar screen right now. Stay tuned.

[Editor's Note: Dennis L. Ruben, executive managing director of NRC Realty & Capital Advisors LLC, will contribute an annual and quarterly column to CSP, analyzing mergers and acquisitions and key economic trends in the convenience channel. He can be reached at dennis.ruben@nrc.com. He will also headline the Capital Markets Symposium at the 2013 Outlook Leadership Conference, Nov. 9-12 in Scottsdale, Ariz.]