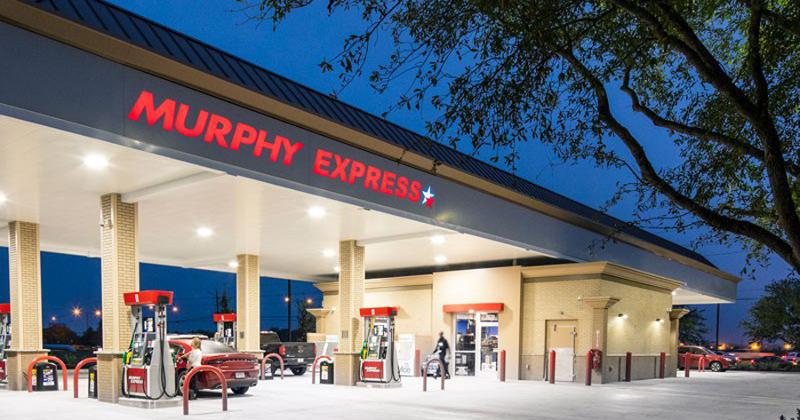 EL DORADO, Ark. — In an update to its capital allocation strategy, Murphy USA Inc. said that its board has approved several initiatives intended to spur store expansion and to add shareholder value, including new stores and acquisitions and a strategy to enhance its foodservice offering.

The company reaffirmed its accelerated organic growth objectives to build up to 50 new-to-industry (NTI) locations per year beginning in 2021 of the 2,800-square-foot large-store format and to raze and rebuild (R&R) 25 kiosks into its 1,400-square-foot small-store format on Walmart parking lots. Over the last two years, Murphy USA has developed an NTI pipeline of more than 100 locations to be able to deliver this level of growth on a sustainable basis.

Developing and executing enhanced food and beverage capabilities is the key to this strategy, it said, with several recent hires and the upcoming renewal of the company’s supply chain contract with c-store distributor Core-Mark International Inc., Westlake, Texas, reflecting early steps in this effort.

To accelerate the development of these “critical” food and beverage capabilities, the company is “open to pursuing” targeted mergers-and-acquisition activity in addition to organic growth, it said. Targets could include chains with successful, at-scale food and beverage programs “where an acquisition could deliver immediate benefits versus solely building the capabilities internally,” the company said.

Leveraging Murphy USA’s scale and reverse synergies from the acquired chain’s foodservice program, Murphy USA could upgrade its existing offerings in the short term or long term, it said. “Whether the company builds or buys these capabilities, it intends to develop a fit-for-purpose [food and beverage] model for its portfolio of stores and a differentiated offer to its customers to enable it to achieve the highest possible returns from its organic and inorganic growth plans.”

The company said it may also explore the acquisition of midsized regional chains “where there is a strong strategic fit and that complement its organic growth strategy.”

Given the company’s “robust” cash balances and low balance sheet leverage, the board has authorized a new share repurchase authorization of up to $500 million.

With ongoing volatility and increasing uncertainty affecting equity markets, and with potential regulatory action or fiscal policy changes following the presidential election, the company said it is diversifying its shareholder distribution mechanisms to provide “consistent and meaningful” returns of capital to shareholders. To that end, the board also authorized a quarterly 25-cents-per-share dividend, or $1 per share annualized, with an initial quarterly dividend payable Dec. 1, 2020, to shareholders.

During third-quarter 2020, it opened four new stores; razed, rebuilt and reopened five stores; and it closed one store, bringing its store count to 1,488, consisting of 1,151 Murphy USA sites, mostly in Walmart outlots, and 337 standalone Murphy Express sites. The company said it expects to end the year with more than 1,500 stores in operation.

“Murphy USA delivered strong third-quarter performance as continued improvements in customer traffic, sustained gains and double-digit sales growth in key merchandise categories, along with higher total fuel margins in a rising price environment, shaped performance for the past three months,” said President and CEO Andrew Clyde. “These trends have continued into October, where traffic continues to rebound and same-store fuel gallons have recovered to 94% of prior year. As we begin to put 2020 in the rearview mirror, we are excited about our accelerated 2021 growth plans and our enhanced shareholder friendly capital allocation strategy.”