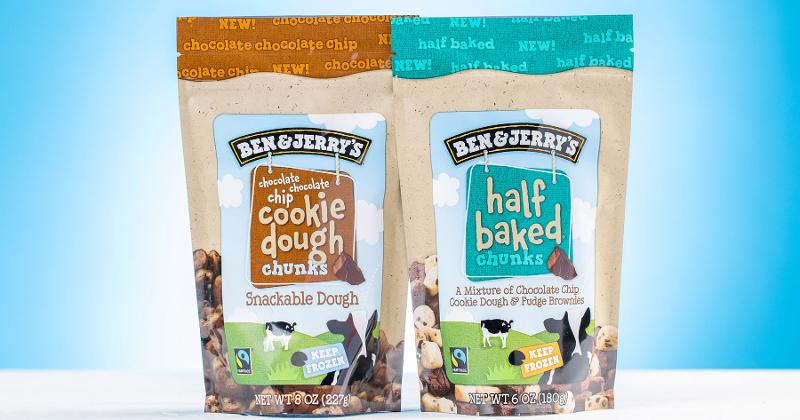 The company introduced cookie dough chunks after Ben & Jerry fans had been asking for them for years, according to the company.

"We weren't entirely surprised when cookie dough chunks flew off the shelf," said Jody Eley, Ben & Jerry's innovation manager in charge of the launch. "Cookie dough is our No. 1 fan favorite around the world, and we know our fans often dig around the ice cream to get to the chunks. We just made it a little easier by putting them in a bag."