CHICAGO -- Fresh fruit is not only the top snack food consumed in America, it is also one of the fastest growing, according to new snacking research from The NPD Group, a leading global information company. NPD's recently released Snacking in America report finds that growing concerns about health and eating right are contributors to the increasing popularity of fruit as a snack. 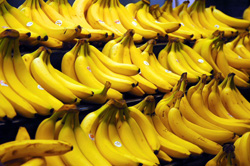 Another factor contributing to the popularity of fresh fruit is that it is a favorite snack among all ages, according to the Snacking in America report. Consumers 65 and older eat the most fruit, followed by children under 12. Teens, ages 13 to 17, eat the least amount of fruit but their consumption increases as they get older.

Another aspect of the fruit consumer, other than their age, is the type of snacker they are. Healthier snack consumers snack more often between meals and eat a wider variety of healthy snacks, and fruit is the top go-to snack for these consumers.

"Taking the who, what, when, and where of fresh fruit consumption into account, the point to be made is that fresh fruit is a top-of-mind snack with most consumers," said Darren Seifer, food and beverage industry analyst. "Among the opportunities this trend presents to producers and produce retailers to market and merchandise fruit around the activities during which it is most likely to be eaten, usage can be expanded with packaging innovation and promotions for on-the-go activities when it's least likely to be consumed."