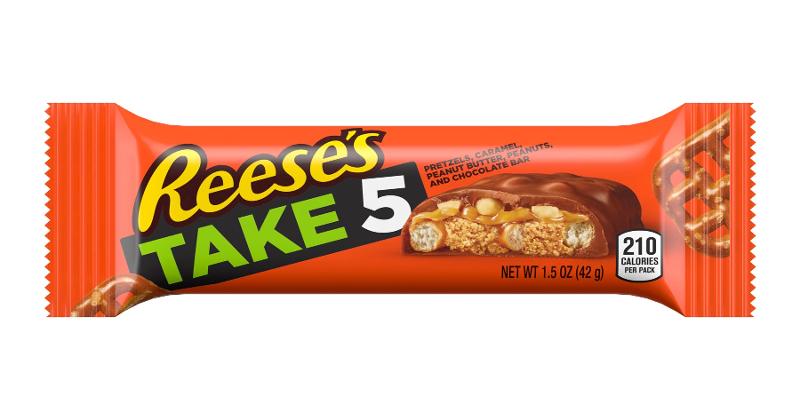 HERSHEY, Pa. — The Take5 bar has a new name to reflect that it is made with Reese’s peanut butter.

The Hershey Co. has rebranded the five-layer bars, which launched in 2004, as Reese’s Take5. The treat has always contained Reese’s peanut butter, along with chocolate, caramel, peanuts and pretzels. However, in a taste test, Reese’s said most participants preferred the bar that included the Reese’s name, despite the recipes being the same.

Hershey, Pa.-based Hershey Co. has more than 80 brands around the world, including Hershey’s, Reese’s, Kit Kat, Jolly Rancher, Ice Breakers, SkinnyPop and Pirate’s Booty. The company is celebrating its 125th anniversary in 2019, and it takes in more than $7.8 billion in annual revenues.

The Source University Training Center: Where Big Ideas Can Come to Life in Small Groups