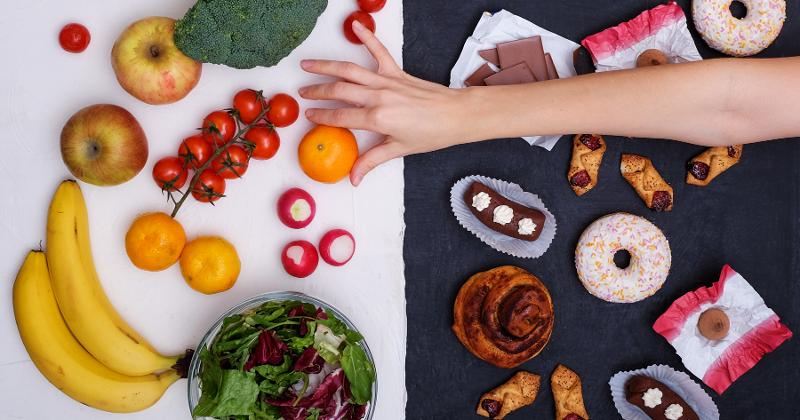 CHICAGO -- I grew up in a home where healthy eating was a way of life. My father is a nutrition coach and personal trainer. And for as long as I can remember, yogurt was my go-to snack. Flavors such as vanilla, black cherry and coconut always riled me up. Yogurt was the snack I’d rely on when Italian beef sandwiches and hot-fudge sundaes became burdensome on my stomach.

But my relationship with yogurt changed after a recent trip to my local grocery store. I’ve always been a proponent of checking food labels, looking at protein, fat, carbohydrates and calorie counts. Over the past few months, I’d eaten a specific yogurt brand, which had ideal numbers in these four categories, making it a healthy, tasty snack. However, I discovered that each serving contained 15 grams of sugar—nearly half the amount of sugar in a 12-ounce can of cola. My mind was blown.

Low-fat, high-protein options are ubiquitous in today’s market. And there are many innovative, good-for-you products that have hit c-store shelves over the past few years. But as I learned with my favorite yogurt, not all “better-for-you” snacks are healthy. In fact, they can be worse than the original version: Manufacturers who remove fat from snacks sometimes add more sugar and artificial additives to replicate the flavor.

That said, consumers are not off the hook. Despite having access to many genuinely healthful food options, the United States is among the most overweight countries on Earth: Nearly 40% of U.S. adults are obese. This is partially driven by poor consumer choices and snacking habits, and many people are oblivious about what’s healthy vs. what’s not. According to a 2016 survey by NPR, 75% of consumers said their diet was good, very good or excellent. Meanwhile, 80% of Americans do not eat the recommended amount of fruit and vegetables, according to the Centers for Disease Control and Prevention.

The surge in unhealthy eating has encouraged some legislators to consider a national tax on junk food. They can point to research from the New York University College of Global Public Health and the Friedman School of Nutrition Science and Policy at Tufts University in Medford, Mass., that examined the feasibility of a federal “junk-food tax” to improve consumer health.

The study concluded that a federal tax on junk food would be both legally and administratively feasible by replacing the current sales tax paid by consumers with an excise tax paid by manufacturers. Products would be taxed by category (chips, candy bars), nutrient criteria (calorie count, protein, fat) or a combination of the two.

But a junk-food tax is unnecessary. The key to healthy snacking doesn’t fall in the hands of the government; it’s up to each consumer to control his or her own habits and to practice portion control.

Some snack and candy companies have focused innovation around portion control. For example, Mars Wrigley Confectionery has its “share sizes,” which are made for consumers to eat together.

Of course, manufacturers’ efforts at educating consumers about portion size are worthless if they choose to ignore them and instead consume the entire package.

My dad, a skeptic of many modern “better-for-you” products, practices and preaches portion control. He eats six to eight small meals a day, which often include a bowl of applesauce and cottage cheese, or a handful of almonds. Yes, a handful of almonds is a meal, according to Gary Dworski.

Since I was a kid, he’s repeatedly ingrained the same message into my brain, and it’s one that all consumers should heed: “Here’s your hand, and here’s your mouth,” he often says. “You decide what you put in it."

5 Snack and Candy Trends That Set the Stage for 2019