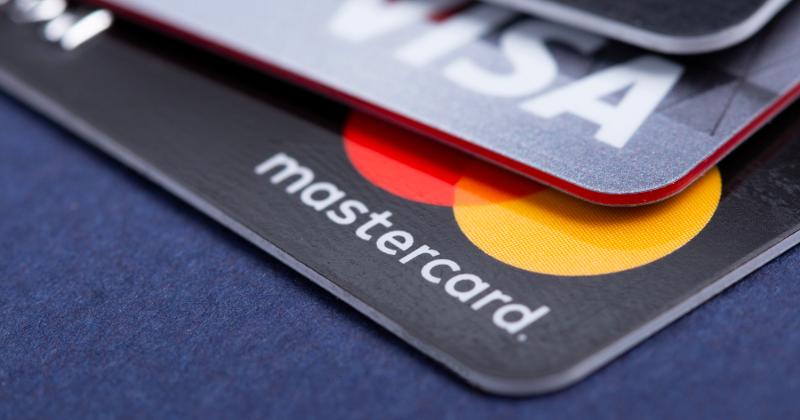 ALEXANDRIA, Va. — The association that represents the country’s convenience and fuel retailers operating more than 148,000 convenience stores has announced its support for bipartisan legislation introduced in the U.S. House of Representatives that creates choice for the processing of credit card purchases.

The bill endorsed by NACS seeks to bring competition to the credit card market and addresses the exorbitant swipe fees paid by Americans every year.

The Credit Card Competition Act, introduced by Rep. Peter Welch (D-Vt.) and Rep. Lance Gooden (R-Texas), would require the largest U.S. banks that issue Visa or Mastercard credit cards to allow transactions to be processed over at least two unaffiliated card payment networks—the same process that has been used for debit card transactions for more than a decade.

The House bill complements the bipartisan Senate version of the bill, S. 4674, that was introduced in July by Sen. Richard Durbin (D-Ill.) and Sen. Roger Marshall (R-Kan.).

The legislation proposes an open marketplace for credit card processing in which retailers could choose which payment network to use to handle a transaction. Currently, networks equipped to route these transactions have been blocked from entering the market by Visa and Mastercard, which dominate the U.S. market and issue 83% of all credit cards.

This legislation would result in $11 billion annually in savings for American businesses and consumers, according to the payments consulting firm CMSPI, Atlanta.

Convenience-store interchange fees, or swipe fees, totaled $14 billion in 2021, a 26% increase over the year prior, and during the first half of 2022, credit card swipe fees were up another 33%.

“These fees are simply outrageous because there is no competition. Our stores compete every day for consumers’ business—as does every other business in the country. This competition also drives innovation. In the broken credit card market, no competition means a lack of innovation and an open invitation for these large multinational corporations to continually increase rates and take advantage of a system that only benefits them,” said NACS President and CEO Henry Armour.

In May 2022, NACS General Counsel Doug Kantor testified before the U.S. Senate Committee on the Judiciary, underscoring the exorbitant interchange fees levied on retailers and how those fees are the direct result of price-fixing by Visa and Mastercard.

“Credit card fees are rising because they are a percentage of the total transaction amount. That means there have been many times during the past few months when retailers were paying more in swipe fees selling fuel to customers—often about 10 cents per gallon—than they were ultimately making on those sales. That makes no sense given the costs retailers incur and risks they take to maintain a site with underground storage tanks, transport fuel, and sell it to customers—often staying open 24 hours per day during a labor shortage and, in the past two years, a pandemic. Processing those transactions should not cost more than the profits that can be made after all of that effort,” Kantor said.

In the United States, banks that issue Visa and Mastercard credit cards charge a swipe fee that averages 2.25% of the purchase price when the cards are processed over Visa or Mastercard’s networks, meaning Americans pay the highest swipe fees in the industrialized world, and an estimated $900 a year per family.

“While rising costs and swipe fees are pinching American pocketbooks, Visa executives publicly stated that inflation is good for their bottom line because their fees go up. That level of arrogance can only exist in a marketplace devoid of competition. Our local businesses and the communities they serve deserve this long-overdue change,” said Armour.

NACS is a founding member and serves on the executive committee of the Merchants Payments Coalition, comprised of NACS and other merchant groups representing brick-and-mortar and online retailers.

Founded in 1961 as the National Association of Convenience Stores, NACS is a global trade association dedicated to advancing convenience and fuel retailing, with more than 1,500 retailer and 1,500 supplier members from more than 50 countries. The U.S. convenience store industry, with more than 148,000 stores nationwide selling fuel, food and merchandise, conducts 160 million transactions daily and had sales of $705.7 billion in 2021.

Can This Senate Bill Bring Swipe Fees Down?