MINNEAPOLIS -- The initial findings of the long-term Population Assessment of Tobacco and Health (PATH) study sponsored by the National Institute of Health and the U.S. Food and Drug Administration (FDA) confirm that a significant majority of underage youth relies on social sources for cigarettes and other tobacco products. 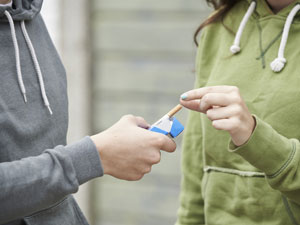 Generally, social sources include older siblings, friends, parents and even strangers. Over the past several years, NATO has urged local and state lawmakers and health policy advocates to work with retailers to respond to and help solve the issue of social sources to reduce youth access to tobacco products.

The PATH study began in 2013 and will continue through 2022, and its purpose is to gain a better understanding of tobacco use behaviors. The study is following 46,000 U.S. residents ages 12 and older who use and do not use tobacco products. In the future, the FDA may use findings from the PATH study to propose additional tobacco regulations.

The PATH study findings are virtually the same findings as a study published in August 2014 in the Journal of School Health titled “Usual Source of Cigarettes and Alcohol Among US High School Students.” This earlier study found that 85.9% of underage youth obtained cigarettes from sources other than buying cigarettes in a retail store.

What the PATH study and Journal of School Health study do not address are recommended measures to reduce the supply of cigarettes from the “social sources” that minors rely on to obtain tobacco products. To further prevent youth access to tobacco, there needs to be a proactive effort educating adults not to be a social source of tobacco products. Adopting further regulations and restrictions on retailers in an attempt to reduce underage youth smoking will be minimally effective given that 86% of youth under the age of 18 who use tobacco products obtain the products from sources other than retail stores.