INDIANAPOLIS -- New legislation in Indiana could severely shrink the state’s vaping and e-liquid market, the Indianapolis Star reports. Passed in 2015 and revised earlier this year, the new regulations require e-liquid manufacturers wanting to sell in Indiana to get certified by a state-approved security firm as of June 30, 2016. 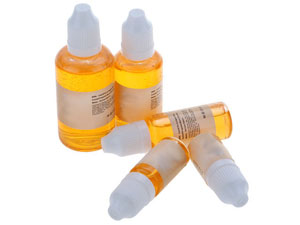 The problem is, only one security firm in the country has been deemed qualified to do so under the Indiana law. And that security firm—Mulhaupt’s Inc. of Lafayette, Ind.—has certified only six e-liquid manufacturers and does not plan to consider any others.

Of those six certified manufacturers, at least two are not yet manufacturing e-liquids, the Star reported. More established e-liquid companies, including Beloit, Wis.-based C.B. Distributors Inc., have said they were turned down by Mulhaupt’s without an explanation.

"We started calling Mulhaupt's—our supplier did—back in March, and they have done nothing but put us off," said C.B. sales manager Jeff Piper. “I can tell you that my supplier offered them double their normal rates and they still refused to take us on as a client.”

Doug Mulhaupt, the security firm’s president, countered that his company did send letters with a deadline for manufacturers to turn in materials in order to be considered. He estimated that 30 e-liquid companies had contacted his firm, which reviewed 14 applications.

"We took the best six that we thought had the best chance of being successful under these new regulations,” he said, acknowledging that some “big guys” were turned down. “I'm not the one that decides who is in this industry or not. I decide who I want to do business with.”

The law was originally positioned as a way to establish safety regulations for manufacturers, outlining manufacturing conditions and requiring child-proof packaging, detailed bottle labels and traceable batch numbers. Zak Laikin of Indiana Vapor Co., an early proponent of the legislation, told the Star that companies were given ample time to comply.

“Indiana initially passed the law over 18 months ago,” Laikin said in an email. “Moving forward, there are qualified companies ready and able to meet the needs of Indiana's market in a safe and secure way in accordance with the law.”

Laikin’s newly formed Vapor Association of Indiana represents the six companies that have been granted certification by Mulhaupt’s.

Critics of the law—including many convenience retailers—question why Indiana would allow only a few relatively unknown manufacturers to dominate the e-liquid market. Scot Imus, executive director of the Indiana Petroleum Marketers and Convenience Store Association, said he has not been able to find a single convenience store in the state selling any of the certified e-liquid brands.

“It’s certainly going to impact supply, and when that happens, cost is going to be exorbitant,” he said. “The handful of manufacturers who have been approved know they have a virtual monopoly throughout the state."

Jay Ricker, owner of Ricker Oil Co. and its Ricker's convenience stores, is already seeing this come to fruition. He said the manufacturer of Ricker’s current 317 e-liquid brand was turned down by Mulhaupt's. And now two of the manufacturers that did receive certification are seeking to partner with the Anderson, Ind.-based retailer.

“It just kind of boggles my mind the way this has been set up,” said Ricker. “Basically, the state has given their stewardship of making sure that we have the proper kind of products that we sell to the public to another entity.”

Though the deadline for e-liquid manufacturers to receive certification is June 30, 2016, there are two pending lawsuits challenging the legislation. One, filed in federal court, questions the measure’s constitutionality; the other, filed in state court, argues the recent “deeming” regulations from the U.S. Food and Drug Administration (FDA) pre-empt the state law.

If either court were to rule that the new regulations are unconstitutional or pre-empted, Indiana would at least be forced to delay the law’s implementation. If the courts were to rule in favor of the regulations, Indiana’s e-liquid options will likely shrink to only six manufacturers.