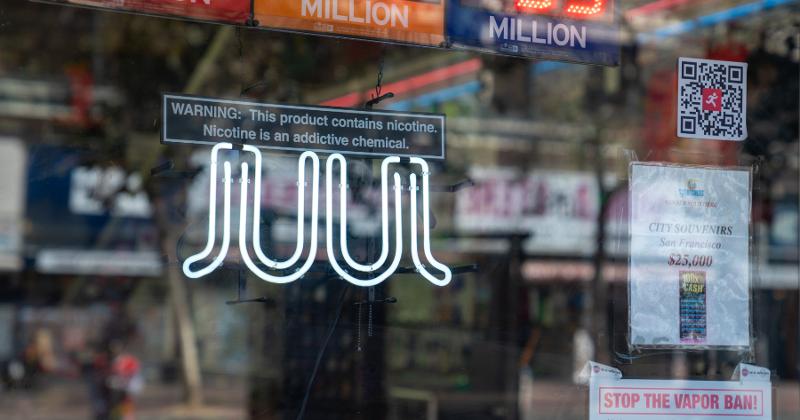 SAN FRANCISCO — Juul Labs Inc. has received cash from some of its earliest investors to keep the business afloat while it awaits the U.S. Food and Drug Administration’s decision on its marketing denial order (MDO). The company is laying off employees to further secure its ability to continue moving forward, a Juul spokesperson told CSP Daily News.

“This investment will allow Juul Labs to maintain business operations, continue advancing its administrative appeal of the FDA’s marketing denial order and support product innovation and science generation,” the spokesperson said. “To further secure the company’s ability to continue moving forward, we are also undertaking a reorganization, including the difficult but necessary step of separating from many valued colleagues. Looking ahead, Juul Labs remains committed to advancing its mission of harm reduction for adult smokers while combating underage use.”

While the statement didn’t mention how many employees Juul would cut, the Wall Street Journal reported about a third of Juul’s global staff, or about 400 people, would be laid off. This should reduce Juul’s operating budget by 30% to 40% and allow Juul to stop bankruptcy preparations, the newspaper reported, citing company officials. Terms of the investment couldn’t be learned.

The San Francisco-based company has been exploring a variety of options—including bankruptcy—after the FDA issued a MDO for the Juul device and four types of Juulpods. A Washington, D.C., appeals court and the FDA later stayed the decision, allowing the products to remain on the market while the review process for Juul’s premarket tobacco product application (PMTA) is ongoing.

Juul has criticized the FDA’s review process for being flawed and sued the FDA, alleging it withheld documents related to the agency’s decision to issue the MDO.

Juul has faced other problems in the past few months. It reached an agreement in September to pay $438.5 million to 34 states and territories to settle a two-year investigation into its marketing and sales practices. And later that month, Altria, which has a 35% stake in Juul, ended its noncompete agreement with the company, freeing itself up to take on new vapor products.

In second-quarter 2022, Altria said it recorded a non-cash pre-tax unrealized loss of $1.2 billion because of a decrease in the estimated fair value of its investment in Juul. But the company said it continues to believe that e-vapor products, including Juul, can play an important role in tobacco harm reduction.