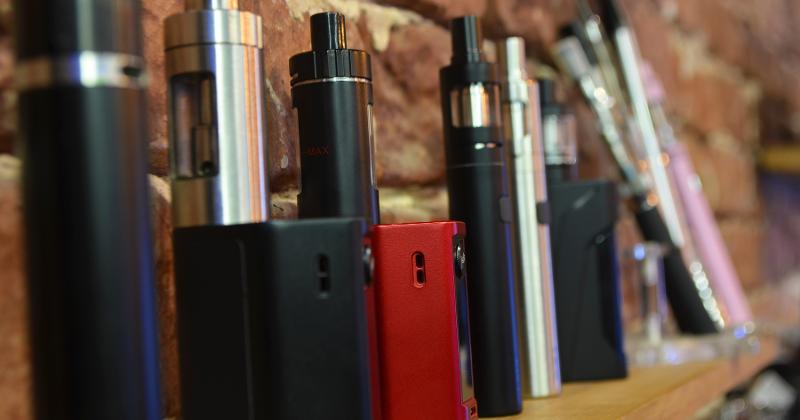 CHICAGO — The deadline for premarket tobacco applications (PMTAs) has passed and the U.S. Food and Drug Administration (FDA) now has a year to determine which products to authorize.

And while the FDA said it will make public a list of the deemed new tobacco products that were subject to the Sept. 9 PMTA deadline, it may take some time. Deemed tobacco products—that is, those over which the FDA has regulatory authority—still on the market that do not have substantial equivalence (SE) or PMTA applications submitted to the FDA by that deadline will be subject to FDA compliance and enforcement actions.

The list will help convenience-store retailers identify unapproved products that must be pulled from shelves, but it leaves a lack of clarity in the meantime. And retailer Kraig Knudsen, for one, doesn’t want to be stuck with leftover inventory if a product on his shelves doesn’t make the cut. As a result, the tobacco category manager for Circle K’s Heartland Division, Lisle, Ill., is making sure to stick with only reputable suppliers.

“If the FDA came out and said, ‘No, you can't sell these any longer,’ [the manufacturer is] potentially going to disappear overnight. And I don't care what contracts they have; they're just going to file for bankruptcy or disappear,” Knudsen said. “As a retailer, I won't take on that risk because there's just too high of a chance that I could get stuck holding a bunch of product that, one, I can't sell and, two, the manufacturer isn't even around anymore to give me any type of a credit or  refund.”

It is a wait-and-see type atmosphere, Knudsen said.

“I don't think many retailers are looking to expand their portfolio of products until after PMTA approvals start coming out,” he said.

NACS was part of a group of retail associations that urged the FDA to publish the electronic nicotine devices (ENDS) products for which the agency received PMTAs.

“The PMTA list will be critical to support compliance across the tobacco trade channel, helping inform distributors, wholesalers and retailers which ENDS products are being marketed legally in accordance with FDA’s compliance policy,” the letter, dated Aug. 25, reads. “Such a list also would facilitate enforcement against those manufacturers that continue to introduce illegally marketed products without premarket authorization or, in the case of deemed, currently marketed products, without a PMTA submitted by the deadline.”

Some manufacturers—including Jacksonville, Fla.-based E-Alternative Solutions (EAS) and San Francisco-based Juul Labs—submitted their applications well before the Sept. 9 deadline, and already have products under review by the FDA.

Without a published PMTA list, though, “distributors, wholesalers, retailers and adult consumers will have no centralized and credible way of determining which ENDS products are being marketed in compliance with FDA policy,” the associations said in the letter.

The FDA was granted authority over e-cigarettes, cigars and hookah products when the Deeming Rule took effect on Aug. 8, 2016. Deemed tobacco products became subject to the requirements of the Tobacco Control Act that already applied to cigarettes and smokeless tobacco products. This included the requirement that a new tobacco product receive premarket authorization from the FDA prior to marketing, according to the agency.

The FDA issued a compliance policy to provide manufacturers of deemed products that met the definition of a new tobacco product and were on the market as of Aug. 8, 2016, time to submit their applications for authorization. That deadline, after being pushed back from May 12 this spring by a court order due to COVID-19, was Sept. 9.

There are three pathways for new tobacco products to obtain premarket authorization: PMTAs, SE Reports or Requests for Exemption from Demonstrating Substantial Equivalence. Deemed new tobacco products still on the market that did not submit premarket applications by Sept. 9 are subject to FDA compliance and enforcement actions. Some products are eligible for “grandfathered status” because they were commercially marketed in the U.S. as of Feb. 15, 2007. The FDA expects that many cigar, hookah tobacco and pipe tobacco products fall into this category.

Mitch Zeller, director of the FDA’s Center for Tobacco Products (CTP), Silver Spring, Md., said on Aug. 31 the FDA plans to make a public list of the deemed new tobacco products that are subject to the Sept. 9 deadline, were on the market as of Aug. 8, 2016, and for which a premarket application is submitted by Sept. 9.

Before making that list, however, the FDA will need to ensure the publishing of any information complies with federal disclosure laws and regulations.

The FDA asked for patience as it works through this process and, in the meantime, suggested retailers refer to public statements made by the companies or to contact the companies directly to get information about applications they may have submitted.

Retailers should ask their tobacco suppliers to see their letters of acceptance and filing for products that need to go through the PMTA process, said Chris Howard, vice president, general counsel and chief compliance officer at EAS.

“We’re trying to do webinars and send out industry communications to keep people apprised of the process, because it is complicated,” Howard told CSP prior to the PMTA deadline.

There is real risk for retailers who stock non-compliant products because if the FDA asks the retailer to take the product off their shelves, some suppliers will not give a full refund for those unsold products, Howard said.

Leo Vercollone, CEO of Verc Enterprises, Duxbury, Mass., said he works with reputable tobacco companies to stock shelves at his 30 independent c-stores. Because of this, Vercollone is not worried about having to take products off shelves due to the FDA not authorizing the products.

And if he eventually does have to pull popular products the FDA does not authorize, customers will adapt, he said.

“Whatever the landscape develops to, we’ll just adapt to it. We are the stores that the nicotine customer goes to. They look to us,” Vercollone said of c-stores.

In the meantime, while the FDA is reviewing applications, Vercollone said he will rely on NACS, his local c-store association and manufacturers he works with to learn if any products he sells need to be taken off the market.

The FDA has one year to review products that were filed on time, but it might not make that deadline, Zeller has said. As of press time in early September, the FDA had received applications for about 2,000 deemed products, of which about 40% had been resolved, he said.

There are more than 400 million deemed products listed with the FDA, and the likelihood of the FDA reviewing all of the applications during the one-year review period is low, the agency said, given that this would be an unprecedented number of applications and “several orders of magnitude greater” than anything the FDA has experienced.

For products with timely applications, the FDA may continue to defer enforcement of the premarket requirements for up to one year through Sept. 9, 2021, unless a negative action is issued by the FDA on an application during that time. Negative actions include a Refusal to Accept (RTA), Refusal to File (RTF) and a No Marketing Order (NMO).

While in-person inspection programs have been suspended due to COVID-19, the FDA is still monitoring websites, social media and complaints to find products and retailers in violation of the law, Zeller said in August during a prerecorded webinar for the National Association of Tobacco Outlets (NATO).

Some products, though, are already well on their way to potential authorization, giving retailers confidence they can stock them.

The FDA told Juul in August its PMTAs will enter the substantive review phase, which means the FDA will evaluate whether marketing the Juul System is appropriate for the protection of public health.

The submission includes scientific evidence for the Juul Device and Juulpods in Virginia Tobacco and Menthol flavors at nicotine concentrations of 5% and 3%, as well as information on measures to address underage use of Juul products.

EAS submitted most of its Leap and Leap Go products in tobacco and non-tobacco flavors at 5% and 2.5% nicotine levels. The applications were in the substantive review phase as of press time in late August.

Howard of EAS said he hopes the result will be getting more flavored products on shelves. The FDA in January banned flavored cartridge products until they were authorized through the PMTA process.

“The big goal in addition to keeping all those products on the market is to be able to bring the flavored products back to the market in a responsible manner because flavors are important to adult smokers seeking an alternative to traditional cigarettes,” Howard said.

Vercollone of Verc Enterprises hopes the process will result in safer options than combustible cigarettes.

“If we can convert a combustible cigarette into anything else that’s going to be safer, and continue to evolve to be safer, that’s a great thing,” Vercollone said. “And I think we as an industry have to continue to want to push our manufactures to keep developing these safer-for-the-consumer products.”

9 Beverage Promotions to Watch This Holiday Season and Beyond