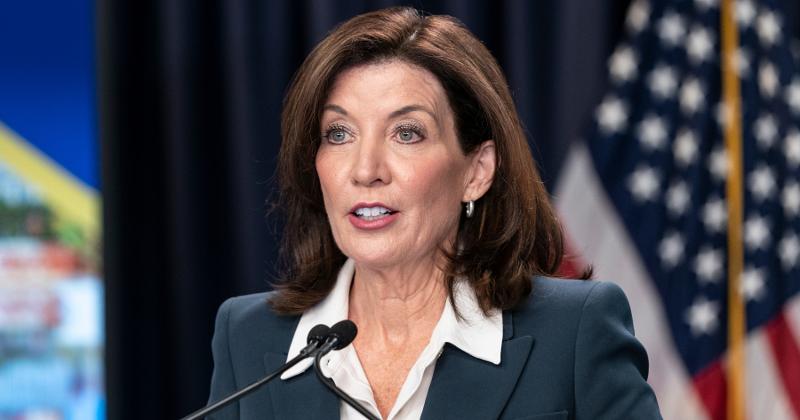 A flavored tobacco sales ban and a $1 cigarette tax increase could be coming to New York.

Gov. Kathy Hochul proposed raising the cigarette tax from $4.35 to $5.35 per pack and expanding on the state’s flavored vapor sales ban to include all flavored tobacco products as part of her 2023 State of the State plan announced Tuesday.

Commercial tobacco use is the leading cause of preventable death in New York and the United States, Hochul said in her written plan for the upcoming year. Every year, about 4,300 New Yorkers under the age of 18 become daily smokers, she said, citing numbers from the Campaign for Tobacco-Free Kids.

“Solidifying New York’s leadership in ensuring a tobacco-free generation, Gov. Hochul will introduce legislation to expand upon the State's ban on the sale of flavored vaping products by prohibiting the sale of all flavored tobacco products,” the plan stated.

Sales of flavored vapor products in the state have already been banned since May 2020.

Hochul said she will also propose raising the cigarette tax to $5.35 per pack.

In 2022, at least 14 states had cigarette or tobacco tax bills that were either defeated or pending, according to the National Association of Tobacco Outlets (NATO), Minneapolis. None were adopted in 2022, though. Few states were seeking new tax increases because they had surpluses after receiving stimulus payments from the federal amid the COVID-19 pandemic, and there are generally fewer tax increases during an election year, NATO said.

“These actions are projected to reduce the number of young people smoking cigarettes by 9%, prevent 22,000 youths from becoming adult smokers and prevent premature deaths caused by smoking,” Hochul said.

A Q&A With New Center for Tobacco Products Director