SACRAMENTO, Calif. -- Tobacco retailers “showed up in force” at a recent Sacramento City Council committee meeting to fight back against a proposed ban on the sale of flavored tobacco products in the city. The California Fuels and Convenience Alliance (CFCA) called the efforts “baseless” and is asking Sacramento lawmakers to consider the economic ramifications of such a move. 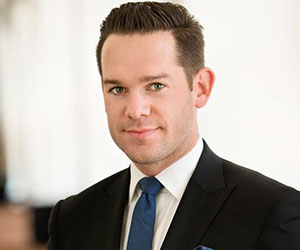 Despite the standing-room-only meeting, the Law and Legislation Committee of the City Council voted Oct. 23 to send the proposed ban on the sale of flavored-tobacco products to the full council for discussion, according to Hanretty. The proposal is an amendment to the city’s existing tobacco-retailing code. Hanretty said the issue will probably come under open-council debate in November.

CSP Daily News quizzed the executive director of CFCA, formerly known as the California Independent Oil Marketers Association, or CIOMA, on the issues related to the proposed ban:

Q: What’s your biggest concern regarding the possible ban on the sale of flavored-tobacco products?

A: A recent study by the California Department of Health shows that c-stores have the lowest rate of sales to youth purchasers of any other [retail channel]. We’re trying to highlight the importance to brick-and-mortar as the first line of defense. With online sales, you don’t have that physical face or that physical ID to confirm the actual age of a purchaser. You don’t have that cashier, that person there to evaluate an ID to make sure youth aren’t buying tobacco products.

Q: So you don’t think the proposed sales restrictions will stop minors from buying tobacco products?

A: Even the U.S. Food and Drug Administration doesn’t want to jump too quickly to a ban and says more has to be done to evaluate the issue. We’re seeing bans happening without predication of fact. There’s been no studies on youth [behavior] or on the economic impact. Retailers are facing a stark reality in cities that have these bans. One of our members who has multiple stores but only one just outside of a city with a ban can show increased sales at that one location and how it’s coming from other stores struggling with lost revenue.

Q: Can you explain the economic impact further?

A: At the end of the day, these retailers are tax-paying, community-based business. They’re not corporate, faceless organizations. They’re small businesses that are part of community, people who care about the impact this will have on the city. They pay taxes, follow law to a T and it’s impacting them abhorrently, but impacting the city as well. That’s lost sales revenue for a city that’s considering a tax increase to make up for what they’re already experiencing in revenue shortfalls.

Q: So what’s the solution?

A: The arguments against bans and prohibition aren’t nuanced. They’re clear. We’ve been having them since the 1920s and they don’t work. There’s the right of adult individuals to purchase legal products, but there’s also a need for educational programs in schools and communities to curb teen access and usage.