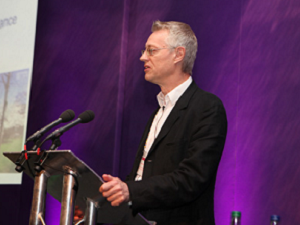 While not a clinical trial in which participants would have been randomly assigned to use either e-cigarettes or traditional NRTs, the study adjusted for the social class, age, level of nicotine dependence and length of time that the approximately 6,000 participants had been attempting to quit.

According to a New York Times report, authors of the study argued a clinical trial model would not accurately reflect the true experience of smokers attempting to quit because electronic cigarettes are readily available.

"The medical model is great for cancer drugs, but it doesn't really work for this situation because there's nothing to stop participants in the patches group from just going out and buying an e-cigarette," said Robert West, director of tobacco studies at University College London and the study's senior author.

Instead, the University College London researchers surveyed 5,863 smokers who had attempted to quit without counseling from a health professional between 2009 and 2014. The study, which will be published in the medical journal Addiction, found that smokers who used electronic cigarettes were 60% more likely to successfully quit than those who used nicotine patches or gum.

While West acknowledged that scientific evidence on the long-term effects of electronic cigarettes is needed (and will take decades to gather), he argued that policy decisions need to be made now. He added that there is already ample scientific evidence that vaping is significantly less risky than smoking.

"Potentially millions of lives are at stake," West wrote in an editorial accompanying the study. "Our job is to help policy makers to protect those lives."

Though the results of the study are pro-electronic cigarette, it's important to note that it was not funded by e-cigarette companies, but by the nonprofit group Cancer Research UK, England's Department of Health and drug companies Pfizer, GlaxoSmithKline and Johnson and Johnson (all of which make NRTs).

"This will not settle the e-cigarette issue by any means," Thomas J. Glynn, a researcher at the American Cancer Society, who was not part of the study, told The New York Times. "But it is further evidence that, in a real-world context, e-cigarettes can be a useful, although not revolutionary, tool in helping some smokers to stop."