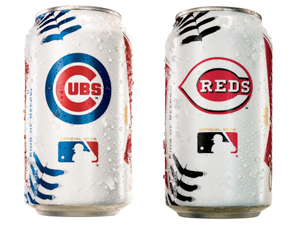 Hall of Fame shortstop Smith has partnered with Budweiser, the official beer of Major League Baseball, to make Opening Day a holiday, beginning with a petition launched in February at WhiteHouse.gov. In order for MLB Opening Day to be considered for a day of national observance, the petition needs 100,000 signatures within 30 days to warrant administration review and a response from the White House.

To support the movement and drive signatures to the WhiteHouse.gov petition, Budweiser is launching an extensive campaign, complete with an online video series featuring Smith and digital advertising buys across such platforms as ESPN.com and MLB.com. Anticipating that the petition will garner 100,000 signatures by Opening Day, Budweiser plans to celebrate by serving day-fresh draught beer at most home openers in stadiums where Anheuser-Busch products are sold. Also, as it has in years past, Budweiser will convert more than 6 million cases of beer to feature marks of MLB and logos of 23 of its 30 teams, available nationwide beginning March 3.

“Budweiser and baseball have gone hand-in-hand ever since both were born in the 1800s,” said Tom Kraus, director, Budweiser. “We can think of no better way to honor America’s National Pastime than by observing the day and encouraging everyone to celebrate with friends, family and fellow baseball fans.”

Budweiser Rolling Out Bowtie-Shaped Can