LOS ANGELES -- Reed's Inc. has announced that it will start labeling all of its products as genetically modified organism(GMO)-free. While all of Reed's products are currently non-GMO, the label changes will progressively appear over the course of the next year on Reed's Ginger Brew, Virgil's Root Beer and Reed's Culture Club Kombucha. 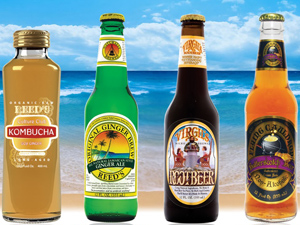 "Since I started my company nearly 30 years ago, I have been committed to brewing our drinks using only the finest ingredients in their most basic form, like fresh ginger root," said Chris Reed, founder and CEO of Reed's. "As a chemical engineer and a foodie, I have always been leery of engineers meddling with food. We have avoided GMOs in our products because we feel they have not been adequately researched. Our customers have been very vocal about GMO ingredients in their food. GMO-free food products are a very fast growing trend in this country, and I can see the natural food industry moving to go completely GMO free in stores in the near future."

Reed's has verified its ingredients as non-GMO with all suppliers.