ALTOONA, Pa. -- The Pennsylvania state fiscal year ended on June 30 with "historic" progress on liquor privatization and beer modernization, according to Sheetz Inc. and its Free My Beer website. 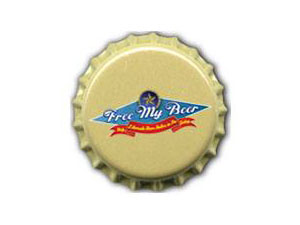 Following Governor Tom Corbett's plea for meaningful reforms to Pennsylvania's arcane, Prohibition-era beer and liquor sale restrictions, the Pennsylvania House of Representatives passed significant reforms that also included the elimination of the prohibition on the sale of beer where gasoline is also dispensed ("the beer-gas prohibition"), the company said.

And last week, the Pennsylvania Senate achieved yet another milestone after it passed a liquor privatization and beer modernization amendment that included the "beer-gas fix."

The Free My Beer campaign reached out to tens of thousands of adult residents; several grocery and convenience retailers, including Sheetz, banded together in 2007 to begin a new movement to reform outdated laws that restrict alcohol sales. Most recently, the advocacy website urged people to send emails to their legislators asking them to support the convenient sale of beer in grocery and c-stores, and to remove the law that prohibits beer from being sold at places that dispense gasoline.

More than 30,000 people took that call to action, overflowing the in-boxes of representatives and senators, said Sheetz.

As the current session of the General Assembly came to a close with no resolution on this issue, the Free My Beer team issued this letter of thanks to leadership in Harrisburg and its fans on line:

So close we could almost taste the six pack...

With your help we made history! Thanks to YOU and your efforts The Pennsylvania General Assembly has made unprecedented progress toward eliminating the arcane, anti-consumer laws concerning the sale of beer, wine and spirits.

A couple months ago, the Pennsylvania House of Representatives passed historic reform that would allow you the convenience of purchasing beer where you want it! And, just this week, a majority of Senators supported an amendment to eliminate the beer-gas prohibition, among other meaningful reforms.

We'd like to thank Governor Tom Corbett for introducing liquor reform; Lt. Governor Jim Cawley for his efforts in support of the responsible sale of beer by private retailers; the Senate Leadership, including John Eichelberger from Blair County, for supporting this historic legislation; and the House Leadership for being the first chamber to advance the ball. Most importantly we'd like to thank you.

Thanks to you and your consumer activism, this is the closest we've come--in over 80 years--to changing these outdated liquor laws.

Unfortunately, our political opponents have turned this into a partisan battle. Partisan politics and political games have kept this reform from being voted into law today.

Consumer access to beer should not be a partisan issue--it's a consumer issue! And it's one that we want the House and Senate to address when it returns in the fall.

While a majority of Senators indicated support to eliminate the beer-gas prohibition, the Senate has not yet passed a bill that achieves this outcome. Please urge your Senators to eliminate the gas-beer prohibition and allow you to have the convenience of buying beer where you want it!

We are not done, but we are closer than ever! We will fight to free your beer!

The Free My Beer campaign expects to continue gathering support for changes in the law before the General Assembly returns in mid-September.

Established in 1952 in Altoona, Pa., Sheetz is a leading, family-owned and operated c-store chain with more than $6 billion in revenue for 2012 and more than 15, 000 employees. The company operates more than 445 locations throughout Pennsylvania, West Virginia, Maryland, Virginia, Ohio and North Carolina. Sheetz provides an award-winning menu of MTO subs, sandwiches and salads, which are ordered through unique touch-screen order point terminals. All Sheetz convenience stores are open 24 hours a day, 365 days a year.