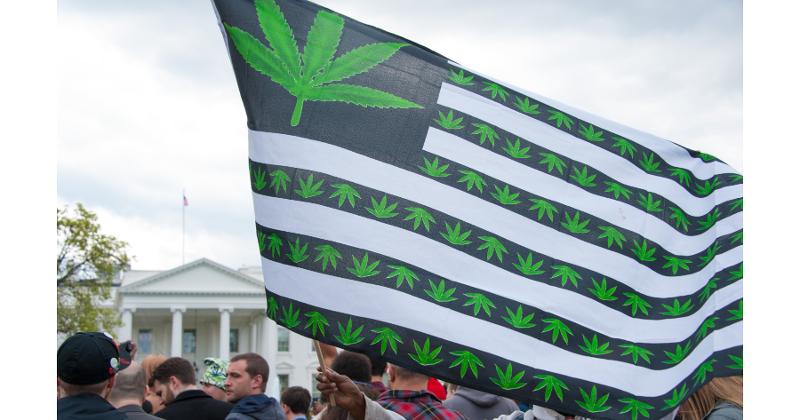 CHICAGO — The total number of states allowing recreational marijuana rose to 21 following the Nov. 8 midterm elections. While Maryland and Missouri voters approved measures to legalize the substance, efforts failed in South Dakota, North Dakota and Arkansas, according to preliminary results.

This means nearly half of the country’s population—48%—now live in states that have legalized adult-use access to cannabis, according to New Frontier Data, a Washington-based data, analytics and technology firm specializing in the global cannabis industry.

Maryland will amend its state constitution to permit adults 21 and older to use and possess cannabis beginning in July 2023. Missouri’s will take effect Dec. 8. Both states already had legalized medical marijuana.

“The success of legalization initiatives in Maryland and Missouri versus the failures in Arkansas, North Dakota and South Dakota shows that having an established and visible medical cannabis program is a crucial springboard towards adult use,” said Amanda Reiman, New Frontier Data’s chief knowledge officer. “The experience of seeing cannabis dispensaries and consumers as contributing members of a community is an important step towards normalization. And the states that passed adult-use reforms last night had that advantage.”

Seventeen states have legalized medical use of marijuana only, while it remains illegal in a dozen states. Oklahoma will consider legalizing cannabis in March 2023.

U.S. legal sales were projected to grow at a compound annual growth rate of 11% before Tuesday’s election, reaching more than $57 billion by 2030, according to New Frontier Data.

At the federal level, President Joe Biden on Oct. 6 said in addition to pardoning all prior federal offenses of simple possession of marijuana, and asking states to do the same, he was also asking the secretary of health and human services and the attorney general to initiate the administrative process to review how marijuana is scheduled under federal law.

Louisville, Colo.-based cannabis research firm BDSA said that while it’s unlikely the House will move toward full legalization or rescheduling of cannabis, many regulatory experts expect there to be action on marginal reforms, like the SAFE Banking Act. This would help protect banking institutions that offer services to legitimate cannabis-related businesses.