LAKE JACKSON, Texas -- A judge has dismissed a lawsuit filed in July by Buc-ee's Ltd. after B&B Grocery Inc. agreed to stop using the "Frio Beaver" logo and mascot at its Garner, Texas, convenience store and gas station. Buc-ee's filed the trademark infringement suit because Frio River Grocery's beaver too closely resembled the Buc-ee's own beaver. 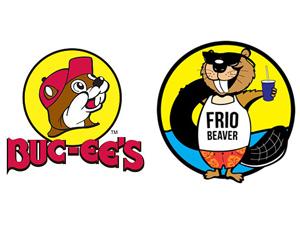 The store has removed all of the signage and promotional materials depicting the Frio Beaver.

"We got everything we asked for and they complied. The Frio Beaver is no more," Buc-ee's attorney H. Tracy Richardson III told The Houston Chronicle. "We notified the court that we resolved it between ourselves and the other side never filed an answer to our suit."

Planned meetings in October and November never occurred and the judge dismissed the case, said the report.

This is Buc-ee's second legal victory in defending its trademark. It took legal action against a Bryan, Texas-based convenience store retailer called Chicks in March 2013 that sported a chicken logo that, while not a beaver, still too closely resembled the company's own logo design.

In other company news, Buc-ee's has entered into negotiations with Stripes for the sale of its West Columbia, Texas, store, Jeff Nadalo, general counsel for Buc-ee's, told The Facts newspaper.

Battle of the Beavers