ROCKFORD, Ill. -- "We are truly saddened by the loss of our founder and friend," said David Saporta, president of Road Ranger LLC, in a statement provided to CSP Daily News. Saporta was referring to the sudden passing of Dan Arnold, founder of the Road Ranger convenience stores and truckstops, who died Tuesday at the age of 58. 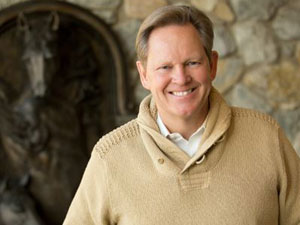 "Our thoughts and prayers are with his family at this time as they have lost a husband and father far too early," Saporta said.

What they won’t lose is the spirit of Road Ranger.

"Road Ranger has a very strong leadership team in place,” he said. “We will honor Dan’s memory and protect his family’s interests by continuing to passionately pursue the realization of the company vision that he put in place many years ago."

He continued, "Dan was always moving forward with tremendous optimism, and we will continue to do the same."

On Wednesday, family, employees and members of the Rockford community were still absorbing the reality that they had lost a tremendous person and figure in the community.

"We had lunch yesterday," State Senator Dave Syverson (R) told The Rockford Register Star on Tuesday. "It's always tough to lose a friend, but to lose someone so young and so suddenly, it's much more painful."

Born in 1957, Arnold worked his way with three jobs though Northern Illinois University, graduating with a business marketing degree in 1981. At the age of 26, he started his first entrepreneurial venture, Road Ranger LLC, with $5,000, turning it into a multi-million dollar franchise before selling it to Phillips Petroleum Co. For the next seven years, he built a real-estate investment company.

But in 1997, with business partner Sunil Puri, Arnold returned to retail, reviving the Road Ranger chain of convenience stores and truckstops.

But in the past 12 months, Arnold shifted his focus toward travel centers, entering into a deal last December with Richmond, Va.-based GPM Investments LLC to sell the company’s 42 convenience stores--a deal that closed in March 2015.

Told of Arnold’s death, a member of the GPM team that negotiated the c-store transaction of Road Ranger recalled Arnold’s professionalism. “Our dealings with Dan were nothing but positive, and we have a deep respect for everything that he and his team have accomplished. We were surprised and saddened by the news of his passing. Our deepest condolences go out to his family and his Road Ranger team,” said Chris Giacobone, COO of GPM.

The sale allowed Road Ranger to plow additional capital into its growing network of 32 truckstops across the five-state Midwestern swath of Illinois, Indiana, Iowa, Missouri and Wisconsin, along with several sites in Texas.

Arnold was active in the local community and was a global philanthropist.

In 2007, he purchased Abraham Lincoln's family farm in Coles County, Ill., for $1.25 million and sold penny-sized parcels of the property to the public with proceeds going to charity.

Arnold’s passion for an earlier America was also reflected in his passion of the unbridled horse, a powerful metaphor for his company.  Toward that, Road Ranger became a founding sponsor of the American Wild Horse Preservation Campaign, formed to lobby federal legislators and agencies on behalf of wild herds that roam federal lands in the West.

The horses are the symbol of the retailer's fuel brand.

CSP honored Arnold and Road Ranger with its Convenience Retailing University (CRU) Award for community leadership in 2012 in recognition of the wild horse campaign. (Click here to view the video.)

Arnold and his company supported dozens of local charities. In October, the YMCA of Rock River Valley announced the donation of a new facility from Sunil Puri and Dan Arnold, valued at $2.25 million, to create the Puri Family YMCA.

Arnold grew up as an Army brat and served four years in the National Guard. He told a military group that he considered the Illinois National Guard his true alma mater, as he could not have attended NIU had it not paid his tuition.

According to the Rockford newspaper article, Syverson said Arnold was a political buff who was close to Wisconsin Governor Scott Walker (R) and Senator Ted Cruz (R-Texas), and that he even attended the GOP debate last week in Milwaukee.

"I think he just realized there was more to life than his business and making money," Syverson told The Rockford Register Star. "He enjoyed the bigger purpose of the ministry much more than the business side."

Arnold actively supported ministries that helped the afflicted and addicted, said the report.

"A lot of the men I work with have been in prison and have drug and alcohol problems," Reverend William Turner of Victory Outreach told the paper. He said Arnold was a benefactor of the church. Arnold was scheduled to speak at the church the day he died.

"He wanted to be encouraging. As a man of faith who has also done well in the world financially, it speaks volumes that you can still believe and be successful.

Rev. Turner then added of Arnold’s untimely passing, “I'm a man of faith, but this really caught me off guard."

Arnold is survived by his wife, Linda, and twin daughters, Christina and Giselle. Arrangements are pending.

CSP sends condolences to his family, friends and colleagues.