BELVIDERE, Ill. -- When Road Ranger was developing the branding for its new proprietary gasoline offer, it keyed in on the concept of horsepower. And while the Mustang, Stallion and Thoroughbred gasolines the chain rolled out were a natural extension, another idea hit home: extending the branding to include moral and financial support for America's wild-horse population, which in 2005 was facing new challenges from hunters and public-land removal. 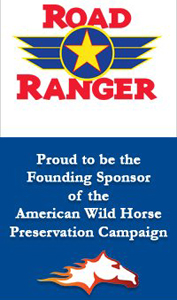 It was then that the Rockford, Ill.-based company joined with other horse activist groups to create the American Wild Horse Preservation Campaign. And it's this dedication to helping that earned the chain CSP's Convenience Retailing Award for community leadership.

"As we started developing the horse logo, it became obvious to us that we were kind of taking advantage of the horses, and we thought, this isn't quite right," Road Ranger CEO Dan Arnold told CSP Daily News in an exclusive interview. "So the whole campaign to preserve the horses and the burros in the West came to my attention, and we decided to adopt them as a charity."

The 80-store chain began distributing literature about the plight of wild horses in the United States and collecting money to benefit organizations that help protect these magnificent creatures.

"What we do is we donate money to the umbrella organization that allows them to operate as a very effective PAC in Washington, D.C.," Arnold said.

But the real difference is being made in the West, in states like Arizona, California, Idaho, Montana, Nevada and Texas, where the wild horse population has plummeted from over 2 million in 1900 to fewer than 33,000.

"It's become bigger than we ever dreamed it would," Arnold said. "We at first thought we'll get involved in the wild horses campaign and make a difference, but it's turned out we made the difference when we created the umbrella organization that encompasses all the varying groups that are seeking to preserve the wild horses in the West. And inside the store, it brought the whole horsepower and Wild West theme into our branding."