SAN ANTONIO --CST Brands Inc.’s time on a Wall Street debt-watch list should be short once it sells off its convenience-store holdings in the West. Its purchase of Southeast convenience-store chain Flash Foods has gotten it placed on “Credit Watch with negative implications” by credit-rating service Standard & Poor’s. 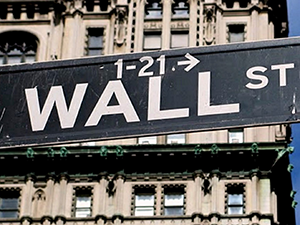 “Fuel and convenience merchandise retailer CST Brands Inc. funded the acquisition of Flash Foods with incremental debt of about $300 million, resulting in increased debt leverage,” said the research update authored by primary credit analyst Andy G Sookram. “While CST plans to use proceeds from the expected sale of its California stores to reduce debt, the timing of such transaction is uncertain because of market conditions and debt leverage could remain elevated for a sustained period.”

CST Brands vice president and treasurer Evan Smith told CSP Daily News, “The watch status from S&P was not unexpected. CST took on debt with its recent acquisition and, therefore, S&P, as a credit rating service, wants to watch us as we deliver on lowering that debt. Our plan has always been to delever after completing the strategic review of our California network later this year."

In setting out to acquire Flash Foods Inc.’s convenience stores and other assets in Nov. 2015--a deal that bridges the geographic gap between its existing retail networks in the Mid-Atlantic and South--CST undertook a strategic review of its 76 smaller retail sites in California.

Smith confirmed a San Antonio Express-News report that CST is circulating an “offering memorandum” and that it is working with a banker to find a buyer or buyers for the California store network. President and CEO Kim Lubel told the newspaper that CST executives are “pleased with the level of interest to date.”

CST expects to use the proceeds of any sale to cover some or all of the debt incurred by acquiring Waycross, Ga.-based Flash Foods and its 164 convenience stores in Georgia and Florida among other assets for $425 million.

S&P does expect the acquisition to be positive for CST.

“We believe the acquisition of Flash Foods will augment CST's geographic presence through entrance into the U.S. Southeast retail market and provide opportunities for new store growth by leveraging the acquired company's distribution capabilities,” Sookram wrote.

But S&P is also being cautious.

“However, the acquisition increases debt at a time when there are uncertainties regarding oil prices, which are currently at recent historical lows. If oil prices rise steadily above current levels, fuel margins could quickly tighten,” he said. “We factored into our ratings assumptions for CST that swings in oil prices could temporarily lead to leverage above our threshold, but only for one or two quarters.”

Regarding the California review and potential sale, he added, “A transaction delay could also cause leverage to rise above our ratings threshold particularly if market dynamics lead to tighter fuel margins.”

Sookram concluded, “We will resolve our CreditWatch placement pending our review of the company's financial policy and capital structure plans and prospect of reducing debt leverage to pre-transaction levels.”

Is CST in a 'Strategic Quandary'?