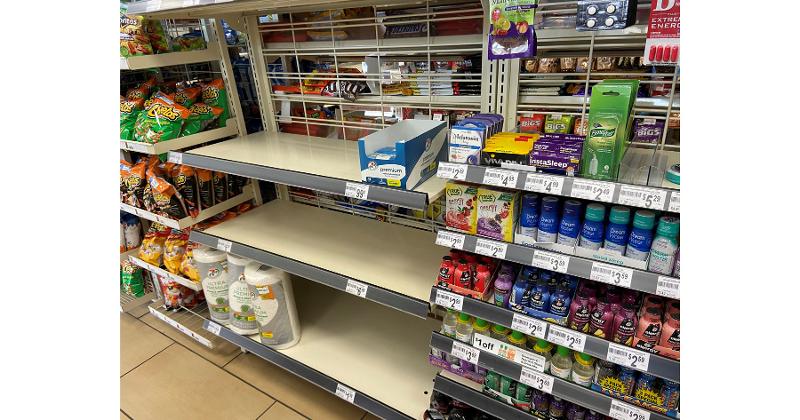 CHICAGO — The early days of consumers sheltering at home are proving to be a mixed blessing for convenience retailers, with fuel and merchandise sales varying widely by region.

While store traffic was generally flat during the first week of quarantines aimed at stemming the spread of the coronavirus across the country, store sales were alternately flat or up as much as 5%, depending on the part of the country and type of market, according to interviews with a dozen c-store executives at chains across the country.

“We have experienced a 5% merchandise same-store increase since January 2020,” said one retailer in the Mid-Atlantic region. “We have continued at this same rate despite the shutdowns and lower traffic.” All retailers in the study spoke on condition of anonymity.

The variation appears to be more distinct in urban areas and less so in rural locations where the virus has had less effect thus far.

Product types growing the most are basic groceries such as milk, bread and toilet paper, plus packaged beverages, beer and cigarettes. Meanwhile, sales of hot beverages—primarily coffee—have declined, perhaps reflecting customers’ concern with high-touch products. And at the time of this writing, more retailers are, either voluntarily or by mandate, pulling self-serve options such as roller grill, bakery cases and even the coffee bar from their offers.

As of March 20, fuel sales were split depending on region and location. While about half of retailers surveyed said their sales had dropped already, others said they initially saw a sales spike as consumers engaged in panic buying to fill their tanks. They said they expect that to be short-lived as consumers hunker down at home with little travel until the shelter-in-place orders are lifted.

“Fuel sales are up, but most likely a run by seniors,” said a retailer in the Southeast. “[I] don't expect that to last.”

Having put strict sanitation and cleanliness guidelines into practice, retailers are now turning their attention to employee attrition.

“Our next major concern is staffing,” said a retailer in the Midwest. “We’re talking through our contingency plan. … What happens when—not if—co-workers start to get the virus?”