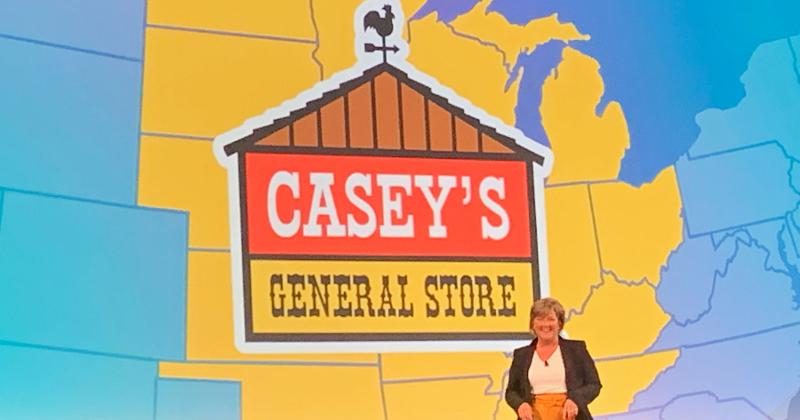 ATLANTA — One statement sealed the deal for Julie Jackowski when she was deciding whether to accept a job as general counsel for Casey’s General Stores. “Julie, you need to understand that if you come to work for Casey’s, an attorney is no better than our part-time doughnut makers,” Jackowski recalled Ron Lamb, former chairman and CEO of the Ankeny, Iowa-based convenience-store chain, telling her at the end of her interview.

For 25 years, Jackowski has worked in various jobs within Casey's, and on Oct. 4 she introduced herself at the NACS Show in Atlanta in the role of 2019-20 NACS chairwoman. She succeeds Frank Gleeson, president of Aramark Northern Europe, Dublin.

The point Lamb, who died in 2010, was making was that every single person at Casey’s is critical to the success of the operation, Jackowski said. “What Ron Lamb told me about Casey’s also holds true for our industry,” she said. “We’re successful because we help each other. We share ideas, just like we’re doing here at the NACS Show.”

Casey’s operates approximately 2,100 convenience stores in 16 states throughout the Midwest and is known for its pizza. The chain recently introduced The Midwestern pizza, featuring pulled pork, bacon, BBQ sauce and fire-roasted corn. Jackowski said Casey’s has also worked to add healthier options, such as a build-your-own salad bar, recognizing that choice is everything.

The c-store’s new campaign Here for Good relates to Casey’s food, customer experience and how the store serves its communities, Jackowski said.

The new branding is spot on, she said, and not only fits Casey’s culture and purpose but also tells the story of the convenience-store industry.

“We all learn from each other,” Jackowski said. “We make each other better, and we are there for each other every single day. I hope you’ve had that experience at the NACS show.”