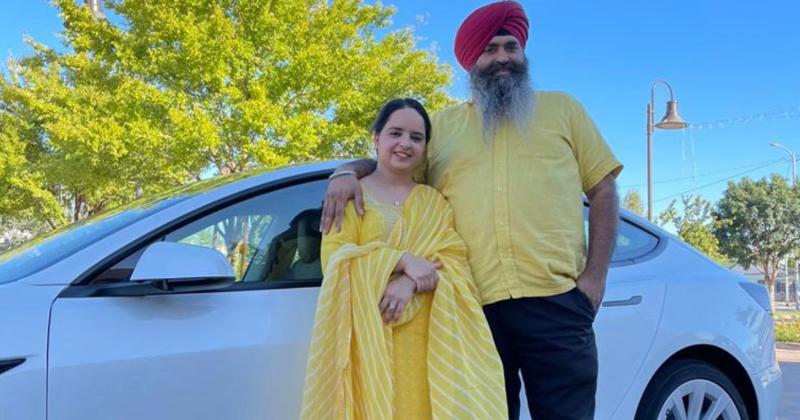 PHOENIX — Call Ramandeep Kaur and Jaswinder Singh, owners of CK Food Mart, the goodwill ambassadors of the Valley of the Sun.

In addition to operating their convenience retailing business in Phoenix, which offers unbranded fuel delivered from four multi-pump dispensers, the couple this fall began offering free local rides to any senior citizen (over 60 years old), such as to the bank, library, pharmacy, airport, grocery store and more.

While that goodwill gesture is admirable, the retail partners took their benefactor play one step further—slashing gasoline price well below the local average. Indeed, as nearby competitors posted street prices in the neighborhood of $6 a gallon, Kaur (pictured left) and Singh lowered them to a weekly range of $3.99 to $4.99 a gallon—essentially seeing daily fuel customers double, while they took a hit on profits.

Suffering a financial loss, though, is not an issue with Kaur and Singh. A logical explanation is summed up within the store’s name: “CK” is short for Chardi Kala, which means “positive attitude,” a concept deeply embedded in their Sikh religious belief system.

To provide daily rides, the independent owners are seeking local drivers to support the effort; but as of mid-October, they were going it alone and driving seniors themselves. They’re doing it as part of a side venture called CK Community Services.

“We started thinking about this when people came to our store, and we realized they had trouble getting around,” said Kaur. “Many seniors around here are on fixed incomes and don’t drive. It’s prevalent.”

To sum up their sacrifice, Singh said that he and Kaur opted to sell their trucking business to raise the capital needed to help underwrite goodwill initiatives such as ultra-low fuel prices and free daily rides.

Singh launched a career in convenience retailing in 2001, managing a BP ampm store in Mesa, Ariz., before acquiring a Valero-branded station in 2006. It remained Valero until 2018 when he opted to depart that fuel flag to launch an unbranded fuel business.

Meantime, Kaur, who had been working for the U.S. Postal Service for years, left to join the retail operation in 2009. The store has two part-time workers and one full-time, with all three working for Singh and Kaur since 2003 to provide staff continuity.

With four dispensers and eight fueling positions using Gilbarco multi-pump dispensers (MPDs), the couple accepts only debit card payment and cash, with all fuel transactions accepted only inside the store. This policy helps build inside sales, said Singh, who added that CK Food Mart offers a base level of merchandise such as candy, packaged drinks, tobacco, beer and wine. “We also have coolers for ice cream, soda and water, but offer no foodservice, coffee or fountain drinks,” he said.

The rationale, he said, is that food, coffee and fountain have sanitation-related implications that were only amplified during COVID-19.

Singh said they have not established a time frame about how long they plan to offer ultra-low gas prices, but that the free ride business via CK Community Services will only expand in the years ahead, said Kaur, who would like to extend this concept “all over the country.”

“We do the driving but also have volunteers who say they’re eager to help us,” said Kaur. “We also plan to ‘wrap’ cars in the network with our CK logo so they can be easily identified. And we need to make sure it’s seen as safe, so cars will include phone number to make sure it’s legitimate.”

The giving-back policy is proving well worth it, said Singh. “People give us love and blessings all the time. They come to the store to have pictures taken with us. We don’t care about the money right now because people need help now,” he said. “I’ve been here since 1998. If you don’t make money, it doesn’t matter. When you leave this world, you go empty-handed.”