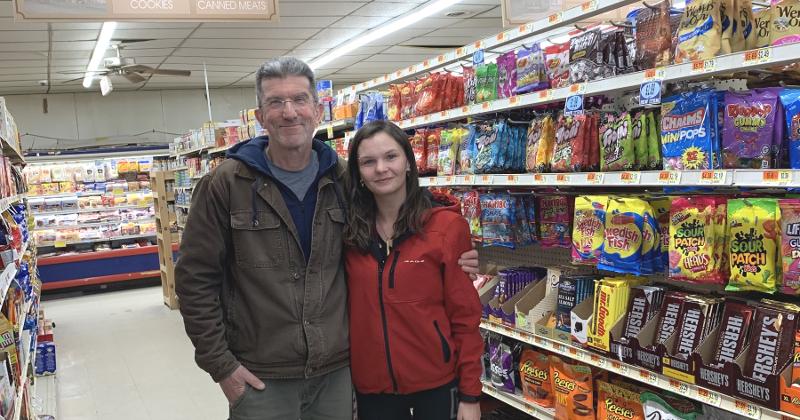 WARREN, Maine — It’s a tall order assuming ownership of a c-store of which the former owner is noted to be a descendant of Abraham Lincoln, the 16th president of the United States.

That’s the pressure—or opportunity—John Guerra saw before him in 2019 when he took the reins of Lincoln’s Country Store in Warren, Maine, from previous owner Mark Lincoln. Fueled by the motto “Shop Lincoln’s, It Only Makes Cents,” the retail unit serves a community located north of metro hub Portland, keeping itself relevant with a deli, bakery and extensive general merchandise offerings.

Guerra is doing his best to simply follow in the footsteps of Mark Lincoln as the go-to retail establishment in Warren, a town of about 4,900 residents that calls itself home to both a prison and correctional facility.

In the three years since Guerra took ownership, the store has weathered the impacts of the pandemic and thrived, with many locals preferring to shop closer to home.

Here’s what they get: Lincoln’s bakery, which offers made-from-scratch pies and cakes so renowned that other retail establishments buy the sweet treats in bulk; and a 4-foot automotive section that anchors the general merchandise department, which also includes souvenirs for vacationers. “If I was able to add another 1,000 feet of space, I could add to it. We also do very well with HBC: It’s a hike for folks to go into town for analgesics, cold, flu and allergy meds,” Guerra said.

Meantime, Dale Dare runs Lincoln’s extensive meat department while doubling as the store manager. “He’s very experienced and knows what the local customers want. In our deli, salads are prepared by a woman, Elia, of Mexican heritage who makes creations such as salsa verde and Hispanic-inspired coleslaw,” Guerra said.

After working 25 years with a major grocery chain based in the northeast, Guerra assessed his future in 2018 and determined that a tweak was in order: He bounced from grocery to taking a flier on c-store retailing. “I’m here every day and know my customers by their first name—and they know mine,” said Guerra, whose store has 4,000 square feet of selling space and a total of 7,000 square feet. Lincoln’s is open 14 hours a day.

“It’s a very comfortable relationship. During COVID-19, when things were tense, we had the support of this community. I had just wrapped up my first year operating Lincoln’s when the pandemic hit,” he said.

When COVID-19 struck in 2020, the results produced a mixed bag of both fortune and disruption. The big hit saw staff reduced by 25%, but conversely, foot traffic increased by 30%, meaning more people to serve but with fewer workers. “People were eager to shop closer to home. Just to save the remaining staff from burnout, we found a way to cut back hours to give them a needed break,” Guerra said.

With a Walmart, regional grocery chains such as Hannaford and Shaw’s and a dollar store close by, Lincoln’s find multiple ways to attract and retain regular customers. Here are six aspects of Lincoln’s that helps the store to stand out from the crowd in a town that sits inland and serves locals and travelers on their way to escapes such as Bar Harbor and Presque Isle, Maine.

1. “Meat” and Greet: “We have a very strong meat department with three professional meat cutters. During COVID, when product was hard to get, I worked with a regional distributor (Associated Grocers of New England) on fulfillment. They kept us well-stocked with meats—we were one of the only stores around to have a full offer of beef, chicken, pork and more,” Guerra said.

2. Shake and Bakery: “We have a full, well-established bakery. Two destination items are seasonal Whoopie Pies and the chocolate cream pie,” Guerra said. “We’re renowned for our wholesale business, supplying local restaurants during the holiday seasons. The bakery is a heritage thing: Tammy Cox has worked here 20 years and has a wealth of knowledge. She also runs our produce department. On holidays we keep a clipboard of the names of customers who call and order pies in advance.”

3. Dedicated Employees: With two full-timers and 24 part-timers, most employees have worked at Lincoln’s no less than three to five years, several a couple decades. “They are all from and dedicated to the community. They receive many accolades from customers,” Guerra said. Solid employees means retaining and recruiting new customers: “The new foot traffic we attracted during COVID … we were able to retain all that business. It was an awakening for some local residents to perceive convenience as a new way to shop,” he added.

4. Newbie With Fuel: Guerra didn’t have much fuel experience when taking over Lincoln’s, but he has leaned on local distributor Fabian Oil, Oakland, Maine, to assume control over weekly fuel distribution logistics as well as price setting for the regional Kenoco-branded store. Lincoln’s has one island with four nozzles on the front of the store and two diesel nozzles at the side.

5. Geographic Coordinates: The store is located inland and near Route 1. “We have a blue-collar local customer base. The community is a mix of young families and retirees—plus we have had an influx of new residents from all over the U.S., folks who moved here from California. Many of them moved here during the pandemic. We’re conveniently located for tourists and travelers heading north to Bar Harbor,” Guerra said.

6. In-store Merchandising: The focus is on “local, fresh and easy to shop,” Guerra said. “By local, while we try to carry local products, ‘local’ means being in the store and listening to customers, meeting their needs. A California customer wanted a pickled jalapeno, and I brought it in. We’re easy to shop. I cleaned up a lot of the clutter that existed previously in the store, and expanded certain areas. Being a small store, anything I add is incrementally new merchandise, such as three new refrigerated cases, specialty cheeses, which we never had before. You add these things together and it provides a nice lift.”