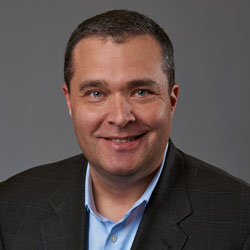 Since joining the convenience-store chain as a real estate analyst in 1997, Milam has played an integral role in RaceTrac’s success, the company said. Before becoming COO of RaceTrac in January 2013, Milam held the roles of vice president of real estate and senior vice president of store development and store support and the RaceWay Division.

Outside of RaceTrac, the company said, c-store industry has benefited from Milam’s involvement and guidance. He served on the NACS Research Council for the past seven years and on the NACS/Coca-Cola Retailing Research Council from 2015 to 2018. He has been a member of the NACS board since 2017 and most recently joined the NACS Executive Committee this spring.

The vice presidents who previously reported to Milam will now report directly to RaceTrac’s president, Natalie Morhous, the company said.

“The Bolch family and senior leadership team are grateful for Billy’s 22 years of service, dedication and leadership and wish him continued success in his future endeavors,” Chief Marketing Officer Melanie Isbill told CSP. “As tough as it is, we understand and support Billy’s decision and also find comfort in knowing that, in Billy, RaceTrac has a friend and TracFanatic for life.”

For more than 85 years, RaceTrac has been a privately held company, and the Bolch family and leadership team remain committed to continuing to serve RaceTrac’s customers as a third-generation family business, the company said.

“Daily operations will not be impacted as RaceTrac continues to serve our guests, build new stores, deliver innovative in-store options and create career opportunities for our 9,200 team members,” Isbill said.