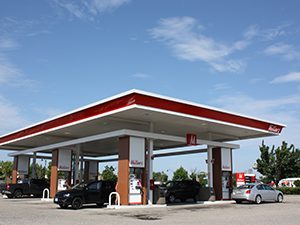 Miller Oil Co., Norfolk, Va., is part-way through a dramatic facelift for its convenience stores, one that will place its own store brand front and center. “If you look at the progressive marketers out there, everyone is trying to stay current and relevant,” president Jeff Miller told CSP Daily News. “Part of it is value, part of it is product selection and part of it is image. We’ve put off the image part for quite a while, and now we’re finally addressing it.”

The journey started on the forecourt. Some of Miller’s major-oil branding contracts were expiring, and the retailer saw it as an opportunity to expand its private brand. The 50-site chain competes with the likes of Wawa, RaceTrac, Royal Farms and 7-Eleven, and so building up the Millers brand is key. Miller points to a site on the campus of Old Dominion University, which sells Shell-branded fuel, as an example.

“You could probably walk through campus and ask kids about Millers. Some would know it was there, some not,” he said. “Ask about the Shell and they would say, ‘Oh yeah!’

“We have been working very hard to build inside sales,” he continued. “And it’s really hard to get traction on that when people don’t know you’re there.”

Miller Oil hired retail design consultancy CBX to spearhead the refresh, which started with the brand logo. The original, red-and-yellow Millers Neighborhood Market design first debuted around 1998, and was starting to show its age. Customers also found the name a bit of a mouthful, so it was shortened to “Millers.”

CBX and Miller kept the same script and red as a primary color, although this time used is as the backdrop. “We wanted it to be an evolution, not a change,” Miller explained. The design team also dropped the “swoosh” in the original Millers logo, a surprisingly controversial move because of how much the retailer’s management team liked it.

“The problem with the swoosh, especially when it came to canopy treatments, is it forced you to have a much smaller logo to get the swoosh to fit in, or you needed to customize it so the swoosh fit in above the canopy,” said Miller. “One day I said, ‘You know what—we need to come to a conclusion here, and we really want to get most exposure we can out of signage these days, get the biggest logo we can get, so we let the swoosh go.”

The next move was to update the fuel island with the new logo and graphics. To provide a cohesive look across the chain, the CBX team designed special pump wraps for the two different models of dispensers. Miller is gradually installing new Ovation pumps from Wayne Fueling Systems with the inOvationTV media platform.

Around this time, one site in Hampton, Va., near the Hampton Coliseum, was going through a raise-and-rebuild. This provided a great opening for a refresh inside of the store, where the new focus is refreshment. As soon as a customer enters, they see the fountain. Miller is testing fountain taps for carbonated beverages. Four taps each offer four soda choices. The fountain also offers chewable and cubed ice. Reach-in coolers with fresh food are positioned on either side of the store entrance, complementing Millers’ cobranded offers—Dunkin Donuts at this particular site, and Subway, Dairy Queen, Arby’s and Huddle House at many of the others.

Across the rest of its 26 sites, Miller is refreshing the forecourt first, and then inside the store. Four thus far have the new forecourt look, with 16 to go.

Ten locations remain under branding contracts, and Miller said they have their place, especially on the interstate, where the major flag helps draw in customers from out of the area. But locally, the retailer sees greater leverage and potential in the Millers store and fuel brand.

“We needed to make a change and get more competitive,” said Miller. “Now on the Miller sites, it really allows us to get into the game.” 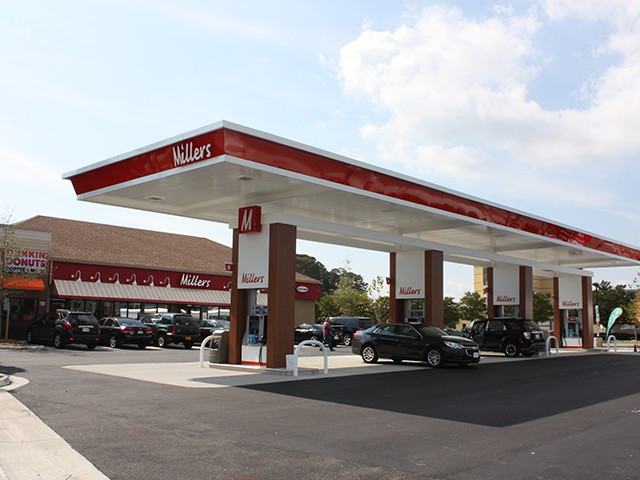 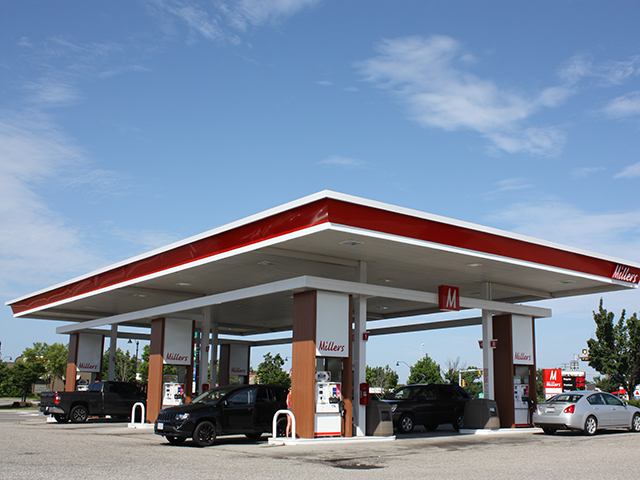 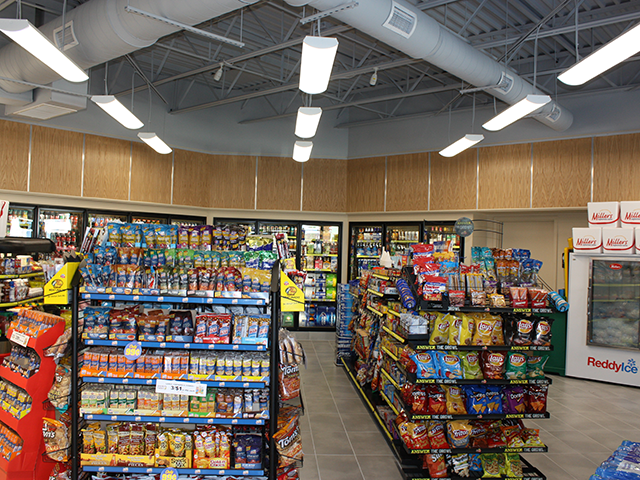 CBX designed pump wraps to bring a cohesive look to the different dispensers Miller Oil has at its sites.