CARY, N.C. -- The Pantry Inc. saw an adjusted EBITDA of $52.8 million in fourth-quarter 2012, compared to $64.4 million a year ago. As president and CEO Dennis Hatchell noted in an earnings conference call on Tuesday, that figure "was above the midrange" of the company's expectations. 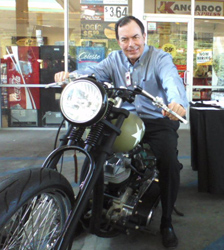 Store operating and general and administrative expenses totaled $153.7 million, compared to $157.7 million a year ago.

Hatchell said executives did not expect any big impact from the Affordable Care Act, at least in 2013, given its full- vs. part-time structure.

In other company news, The Pantry said that it continues to be focused on finding a CFO after Mark Bierley resigned this past May.

During the call, executives provided an update on the chain's fuel rebranding progress, noting that during the last three months, it has completed a transition from Chevron and Texaco branded sites to Valero at 170 stores, and is "seeing positive operating results from those stores," according to Hatchell, with these sites outperforming the chain on a comparable-store basis.

It has implemented fuel-pricing optimization software at 200 stores, with a goal to have it rolled out to most stores over the next quarter. Each site has specific gallon improvement targets and a cents-per-gallon goal. Hatchell said it was difficult to rate the performance of these sites since they are scattered across the chain; however, fuel volumes "have improved more than the chain in total as a group," he said, and the company is hopeful the software will bring gallons more in line with industry standards.

Hatchell credited the positive store operating results to a 13% jump in same-store foodservice sales growth. Merchandise gross margin rose from 33.8% a year ago to 34.6% in fourth-quarter 2012.

The executive also shared an update on The Pantry's food and beverage program that targets Hispanic consumers, with 53 stores currently selling the complete offer, while nearly 200 carry a partial selection. "Additional lifestyle programs are being developed and products being sourced for rollout over the next several quarters," said Hatchell, who added that The Pantry is seeing some lift in stores with the localized offer, and better-than-average margins on the SKUs.

When asked how it prioritizes its use of free cash, Hatchell said The Pantry targets those efforts that offer the best return: remodeling stores, adding quick-serve restaurants to sites and retiring debt. The chain has 36 store remodels and 10 new QSR in some phase of development. Two new replacement stores opened in October and November, with one additional store under construction in Charlotte, N.C.

It has moved from remodeling store by store to tackling stores by clusters, said Hatchell. "It helps us be more efficient, deliver more consistent store presentation, and enhancing our ability to implement training programs. The Pantry is remodeling sites at a pace of 10 to 12 per month, with 70 to 80 planned for 2013, and the addition of 20 to 25 QSRs, along with five new builds.