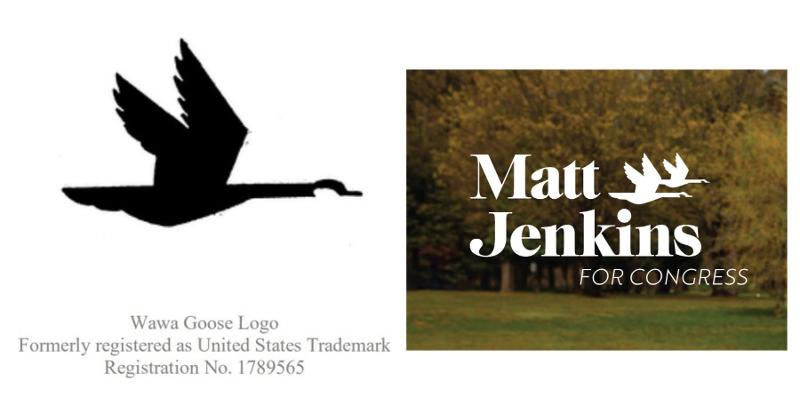 WAWA, Pa. — Convenience-store retailers sometimes have to take legal action against competitors over too-similar logos that infringe on their often iconic brand. But Wawa is taking on a bird of a different feather. The beloved c-store chain is going after Matt Jenkins, a candidate for the New Jersey House of Representatives, for the “unauthorized campaign use of Wawa’s goose logo,” it said in a cease-and-desist letter.

Wawa has more than 950 c-stores in Pennsylvania, New Jersey, Delaware, Maryland, Virginia, Florida and Washington, D.C. It says Jenkins’ use of the goose is weakening its brand, reported Politico, which obtained a copy of the letter.

Lawyers for the Wawa, Pa.-based company pointed out that the geese in Jenkins’ logo are identical to a formerly registered trademark that the chain used from 1990 to 2004, said the report.

Jenkins, Democrat and a general manager at a corporate wellness company running against incumbent Chris Smith (R) in New Jersey’s 4th District, acknowledged the similarities in a phone interview with the media outlet, but maintained they were a coincidence.

“I have a small campaign. How many people are really going to notice,” he told Politico.

“For a lot of people in our district, Wawa represents them,” Jenkins said on Twitter in response to a tweet by Politico reporter Matt Friedman. “When we launched this race to replace Chris Smith, I wanted our logo to feel instantly familiar.”

But he disputed the characterization that his logo was “inspired” by Wawa, telling Politico the similarity was a “coincidence.” Jenkins said that he did not make the Wawa connection when he chose the campaign logo, one of a dozen his campaign team came up with. It wasn’t until he got a call from a friend about it that he noticed the similarity, he said.

Jenkins acknowledged to Politico that the geese in his logo are identical to the goose Wawa used to use in its logo, but he wasn’t sure if he would change it.

“In the letter it says this was an old trademark,” Jenkins said. “This is going to cost me money to change. Everybody knows my finances. I don’t have any. To go out and reprint my signs, all my literature.”

Wawa did not respond to a CSP request for comment.