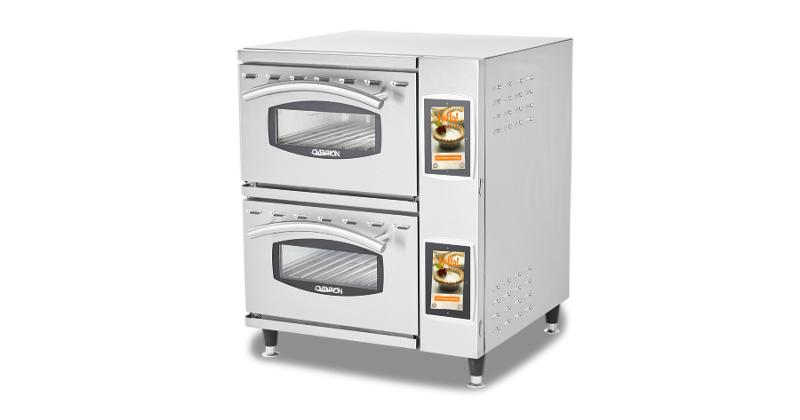 CHICAGO —Over the past decade, the convenience-store industry has changed from an offering of a few desultory pre-packaged food items to scratch-made, innovative and often proprietary foodservice. And during the past year of COVID-19, c-store food has become even more in demand, as restaurant usage has dropped and American consumers travel only to the most convenient and safe places to meet their needs.

To meet this increased demand for made-on-site food, retailers are investing in new equipment, seeking out technologically savvy tools to bring more automation, consistency and efficiency into the kitchen.

At the same time, trends that were happening, or on the cusp of happening, have been sped up by the pandemic, says Edward Nunn, business development manager, Hatco Corp., Milwaukee. “People aren’t eating out in restaurants right now. They want to pick food up from somewhere convenient, and there’s that drive for better quality food in convenience stores.”

“For years, when we wanted to tweak a recipe, stores would have to do it manually or we would have to send a tech to each store. With the internet of things, all we have to do is update the recipe and send it out virtually. This is a game changer.”

For this to work, operators need to have good networks and WiFi that stretches into kitchens, he says. “Without that, the technology is worthless.”

There’s a steep cost to adding technology to the kitchen, “but improved food quality and more efficient kitchens that simplify processes for our coworkers is huge,” Servais adds.

“With the internet of things, all we have to do is update the recipe and send it out virtually.”

Kwik Trip installed Alto-Shaam’sVector ovens last year to introduce rotisserie-style chicken. The ovens are programmed with the chain’s hot food options. “The food quality coming out of these ovens is impressive,” says Servais. They’ve also allowed the chain to eliminate other equipment, saving space in the kitchen.

Combi ovens are another area of interest. These allow operators to cook with steam, hot air (convection) or a combination of the two, meaning almost all foods can be cooked in them.

Another plus is that they allow operators to replace two pieces of equipment (a steamer and a convection oven) with one, an important factor in kitchens with limited space.

With combi ovens, “you gain a lot of efficiencies,” says Steve Snitkin, director of client development, supermarket/convenience segment with equipment company Rational, Chicago. “You can get products crispy and get very even cooking,” he says. “And that’s reflected in the quality of the food, which is important because c-store customers are demanding a higher quality product made in-house.”

Rational’s newest iCombi Pro line has intelligent features that react to the amount of food in the cabinets. In addition, they “know the desired result, adapting the humidity, air speed and temperature automatically.”

Another benefit to the combi ovens is they don’t need a hood. Instead, Rational offers the UltraVent, a circulation hood that cools and condenses steam and smoke, and then sends that water into a drain.

These ovens can be used for almost everything, says Brian Holdrich, vice president, sales and marketing, Americas, for the New Port Richey, Fla.-based company. But the big benefit of both the speed ovens and combi ovens, he says, is that they don’t require a vent, and so they can be installed anywhere, avoiding the additional cost of installing a hood.

Alto-Shaam, Menomonee Falls, Wis., has been putting an emphasis on its Vector Multi-Cook ovens over the past few years, according to Leslie Hoffman Banados, vice president of national accounts, foodservice.

The Vector is a ventless countertop unit, just 21 inches wide. Built in three sizes, with two, three or four chambers, each chamber operates independently, able to be set at different temperatures and cook disparate items.

“Real estate is limited in c-stores so what’s great about our package is that you can have the Vector oven on top and a cook and hold unit underneath,” Banados says. “And since we don’t require any hoods, there’s space and money savings, too, the latter in both ongoing HVAC costs and installation costs.”

With technology to control the ovens from a c-store company’s headquarters, “employees there can push out LTOs from their head office,” she says. “Convenience stores have really stepped up to the plate when it comes to foodservice.”

Retailer Rutter’s, based in York, Pa., recently changed its high-speed ovens to the TurboChef HHB 2 for a larger capacity in the same footprint as its smaller counterpart, says Chad White, foodservice category manager. That means stores can cook two completely different items concurrently.

“The benefit is you could cook for lunch while you’re doing breakfast orders, so you would have double the oven,” he says. The HHB 2 also has WiFi capabilities, again, giving retailers the ability to change cook details from headquarters. “That’s the biggest piece it will help with.”

For stovetop cooking, Hatco’s Rapide Cuisine countertop induction range is fully programmable with pre-sets and available with one burner or two. They also include an energy-saving automatic shutoff to prevent overheating and Pan Sense Technology (PST) which allows the unit to be used only with the correct type of pan.

Hatco also offers speed with impingement ovens Its Ovention ovens come in the MiSA and MiLo models, the former offering microwave assist for fast results, but with impinged convected air; the MiLO features impinged convected air and infrared for speed and quality. Hatco, Nunn says, “has traditionally avoided microwaves, but that’s what the industry wants.” The Ovention brand, which Hatco acquired in 2018, is a growth area for the company, he adds.

Meanwhile, Rutter’s has been working with AutoFry to incorporate its fryers with a double basket, allowing stores to double the orders they put through. So far they enhanced fryers are in use in four stores.

“C-store customers are demanding a higher quality product made in-house.”

The stores have extensive fried-food offerings, and the double fryers allow faster service, says Kevin Hare, lead foodservice quality assurance supervisor, since there’s no flavor transfer between the baskets. Rutter’s goal is to add AutoFry to all stores. The company worked directly with AutoFry, “making tweaks to their design and software to help with performance of use and ease of use at the store level,” says Hare.

At GetGo, innovative food is coming straight from the ovens. The company is rolling out a burrito and panini line using TurboChef’s El Bandido, a panini press/rapid cook oven. This allows the company to offer panini, quesadillas and burritos without having an additional piece of equipment.

It also can provide a third oven, says Jon Cox, vice president and chief merchandising officer, and is much easier to clean than a traditional panini press. “And there’s less risk of burn, so it’s safer for the team members to use,” he says.

As convenience stores continue to up their foodservice game, expect to see more innovation and more reliance on kitchen technology.

How QuickChek Is Changing the Image of C-Store Foodservice