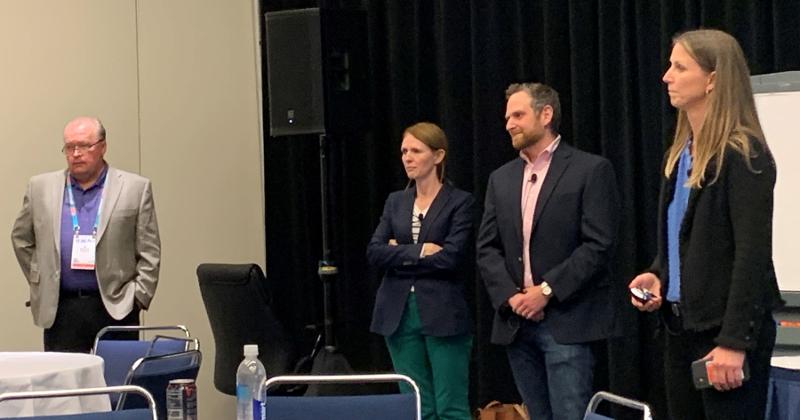 CHICAGO — What should you do when you have a food health crisis at your c-store? There’ll be no time to develop a plan when it occurs, so develop a plan now if you don’t have one.

In the “Food Safety Roundtable: Protecting Public Health and Your Brand” session at the 2021 NACS Show in Chicago, four experts challenged attendees to brainstorm strategies and solutions to scenarios that could imperil their c-stores.

In one first scenario, a c-store was blasted on social media by a customer who claimed she and her son got sick eating pizza and an egg and cheese sandwich.

In this discussion scenario, advice was to let the public know the store does everything according to local health and safety guidelines, and to point out that while there might have been an incident where someone got sick from the store’s food, not admit any wrongdoing. Instead, store officials should let the public know they’re investigating and have established protocols and guidelines they are following. Get out in front of the situation, be humble, and stress the store has the highest standards and food safety protocols—and point out that each store has trained food safety managers on duty and that the store has passed all health inspections.

An attendee saidd that store management should investigate when and where this happened, with Nancy Wilson (second from left in picture above), director of quality assurance, risk and safety at Wawa, Pa.-based Wawa, asking, “Is this a trend or a one-time event?”

It goes a long way to have a good relationship with the health inspector, with him or her knowing you’re trying to do the right thing. “The last thing you want is to have a conversation with a health inspector for the first time” in this scenario, Wilson said. Added a man in the audience: “If they call first, you know you’ve lost.”

In a crisis like this, Wilson said, the last thing store officials want to be doing is creating and assembling materials for the first time. “The PR department would be one of my first calls, as would the health department,” she said. “We also have a food safety fact sheet specific to our company—training and programs—that if we have to go public with this shows we have standards in place. You want to keep your credibility through this.”

Jeremy Zenlea (second from right in picture above), head of health and safety at Westborough, Mass.-based EG Group, said no one at the c-store should approach the health department until the company has all the details of the specific case and a followup plan.

“What you don’t know is you’re ringing a lot of bells you might not want to ring yet,” he said. “When you do call health department, give only the details you have specific to this incident.”

It’s important to prevent the incident from snowballing, he added. “Be very direct in what you’re telling the health department,” he said. “There must be one designated person who doesn’t overshare and exposes your company.”

Wilson added that store officials should visit the store and investigate if there are any problems. “If you uncover problems, share them with the health department,” she said.

Finally, Ellingson said to stick to the facts. “That builds trust with the government," he said. “You have to have plans in place because it will happen. It might be small, but it will happen.”