It’s a great day to be a growth-minded convenience store! 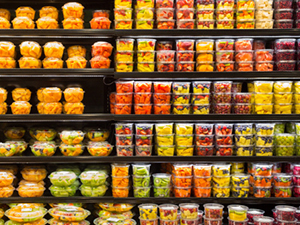 In fact, more than three-quarters of consumers who visit c-stores for foodservice items do so once a week or more, according to Technomic’s Convenience Store Consumer Market Brief for Summer 2016. This statistic alone demonstrates the c-store industry’s success against traditional restaurants.

However, perceptions of c-store foods are the proof that the industry is truly competing with restaurants. Today, the vast majority of consumers say that c-stores now have the same ability to provide fresh, healthy foods as stand-alone restaurants and chains.

In August 2015, 30% of consumers reported that c-store food items did not look or taste fresh. But by August 2016, that number had dipped to 16%, Technomic found. Similarly, 25% of consumers said c-stores had poor food quality in August 2015. Just 12% of respondents said the same thing the following year.

“Convenience stores compete with quick-service restaurants on value and variety,” said Darren Tristano, Technomic’s president. “Most stores offer bundled value on meals that include center plate, side and beverage.”

C-stores would be well-served to play up that value in marketing materials. Breakfast bundles at c-stores, for example, average $3 while similar QSR meals run a dollar or two higher.

Another crucial advantage that c-stores offer is in the area of beverages; in fact, c-stores are simply impossible to top.

“With regards to variety, convenience stores provide incredible advantages over quick-service restaurants with the variety of fountain, hot beverages and canned/bottled options,” Tristano said. “In addition, the convenience of picking up other snacks and consumer items makes convenience stores competitive destinations for shoppers.”

And there’s plenty of room for foodservice growth. Currently, just 7% of c-stores have “premium” programs with limited on-site or made-to-order prep and extensive roller grill and grab-and-go offerings, and 3% of stores run a “super-premium” food program with a strong overall focus on menu items, according to Technomic data presented at NACS.

Consumers, clearly crave beefed-up c-store foodservice offerings. Need more reason to expand? The margin on non-foodservice items in c-stores is 27%, according to NACS, while foodservice commands a 57% margin.

When rolling out a more robust prepared-foods lineup, take care to emphasize freshness, quality and value. More than half of consumers say the inclusion of a brand-name ingredient could spur them to buy, Technomic found.

“Quality represents the biggest opportunity for foodservice growth, as the majority of consumers see convenience stores as having the ability to provide fresh foods,” Tristano said. “As many of these outlets invest in the staff knowledge and expertise, Technomic expects higher growth from premium and super-premium foodservice and increasing usage from Gen Z and millennial consumers.”