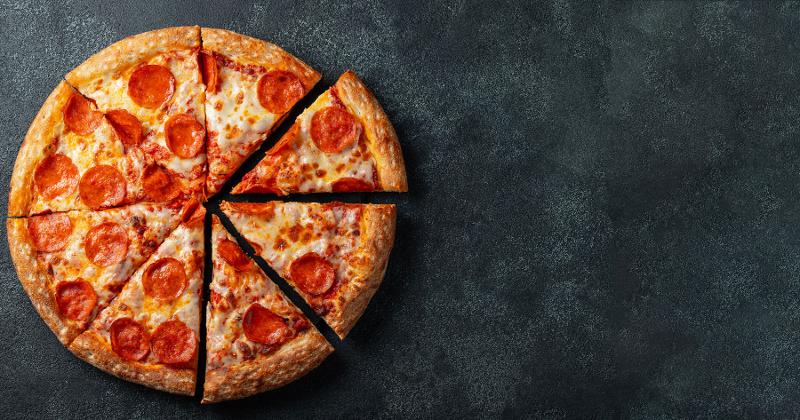 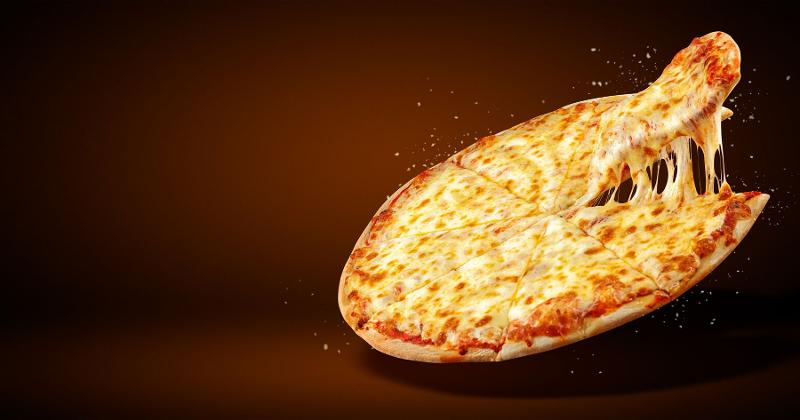 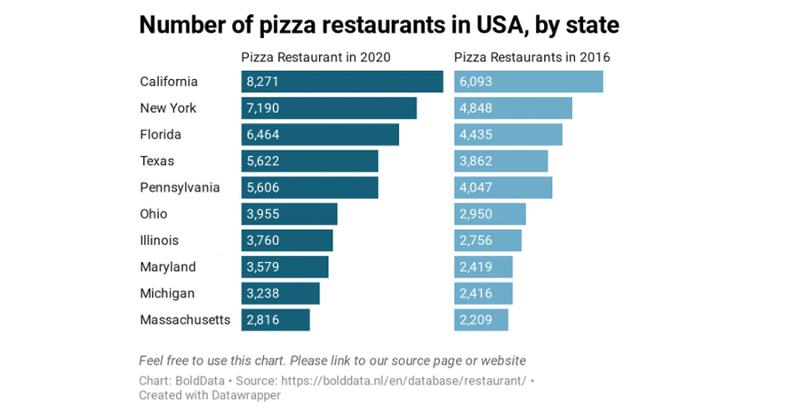 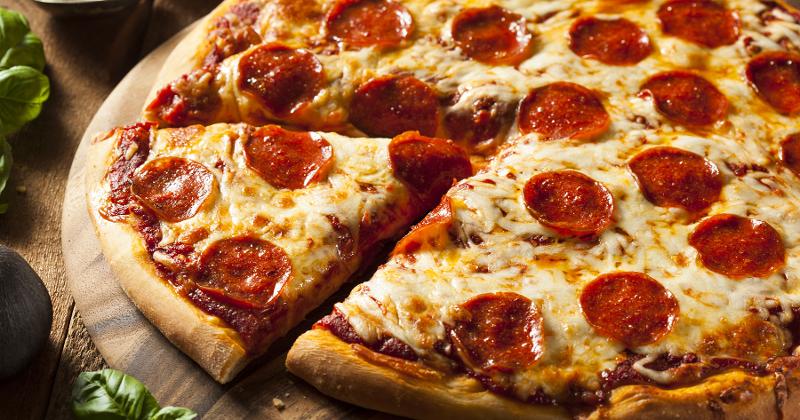 AMSTERDAM — After a half decade of persistent double-digit growth, a boom in the number of pizza restaurants in the United States came to an abrupt halt, unsurprisingly, in 2020.

According to statistics about all things pizza collected to mark National Pizza week, which ended Jan. 17, the data provides an insightful glimpse of the arc of pizza’s popularity. The numbers were crunched by global data company BoldData, Amsterdam.

There are currently 90,817 pizza locations in the United States, according to BoldData. That’s a huge jump of nearly 40% from the 65,213 in 2016. That number includes c-store powerhouse Casey’s General Stores, which is No. 4 on CSP's 2020 Top 202 ranking of c-store chains by store count and the fifth-largest seller of pizza in the nation.

The state with the most pizza places also happens to be the one with the most people: California and its 39.5 million residents. The Golden State boasts 8,271 locations, with nearly a quarter of those (2,044) based around the Los Angeles area.

The No. 2 state for pizza restaurants is on the opposite coast: New York and its 7,190 restaurants. The Empire State has seen a jump of 48% in pizza places since 2016.

The most growth, percentage-wise, occurred in Hawaii, which has seen the number of pizza locations jump 69% since 2016. On the flip side, Wyoming has the fewest number of pizza joints at just 133.

How to Optimize C-Store Foodservice in 2020

Pizza’s growth shows that freshly made pies can be a draw for c-store retailers. Pizza is, after all, America’s favorite food, according to a recent Harris Poll. And with more than 90,000 locations, America has more than twice as many pizza restaurants as the second-place country, Italy, with 42,288. Brazil comes in third with 32,283, and Germany fourth with 13,529. In fact, America is so in love with its pizza that it has more pizzerias than these next three countries on the list combined.

And Australia, No. 8 on the list with 5,598 pizza restaurants, has the highest number of locales per capita.

BoldData, based in Amsterdam, is a global data company with a database of more than 287 million companies worldwide, helping more than 2,000 companies with analytics, research and CRM.

Level 3 systems are compatible with most electric vehicle models

C-Stores Must Have a Plan Now for Later