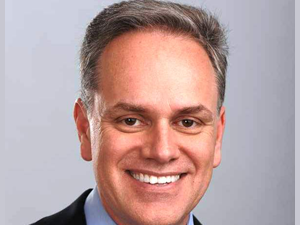 Sarsam began his career with the Frito-Lay division at PepsiCo, where he spent 20 years in a diverse career that included senior roles in manufacturing, sales, distribution, finance and strategy. In 2006, he joined Nestle Dreyer’s as the executive vice president of operations, and shortly thereafter was named executive vice president of sales and operations. In 2010, Sarsam was tasked with starting up and leading the $4.5 billion Nestle Direct Store Delivery Co., which he led as president for three years. He is a graduate of Arizona State University and Stanford’s Graduate School of Business.

“Sarsam is a highly respected leader with a proven track record of managing world-class operations and driving innovative product development,” said Sean Ozbolt, chairman of the board of Ready Pac Foods Inc. “Tony has outstanding operating experience and a reputation for building a strong performance culture, and we are excited to have him on board."

Phil Theodore, who joined the company as president and chief operating officer in January, will continue in his current role. “Phil has done a terrific job in leading the organization during this period of continued growth, and Tony is looking forward to working with him and the entire Ready Pac organization,” Ozbolt said.

“I am thrilled to have the opportunity to join the Ready Pac team,” Sarsam said. “Ready Pac has an outstanding reputation in this industry, both in terms of its products and people, and I look forward to working with this exceptional group to continue to deliver innovative, healthy products with a relentless focus on quality and customer satisfaction.”